Drunk woman, 20, smashed Desperados bottle over head of female victim before kicking second woman to the ground when she stepped in to help

By James Callery For Mailonline

A drunk 20-year-old woman smashed a Desperados bottle over the head of female victim before kicking a second woman to the ground when she stepped in to help.

Leah Guy launched her attacks in Birmingham city centre at the sloped walkway which leads down from New Street Station and Grand Central at Stephenson Place, commonly referred to as the ‘ramp’.

Ms Guy confessed she had been drinking heavily on the night in question and apologised to the ‘truly innocent’ victims, both of whom were injured and shaken. 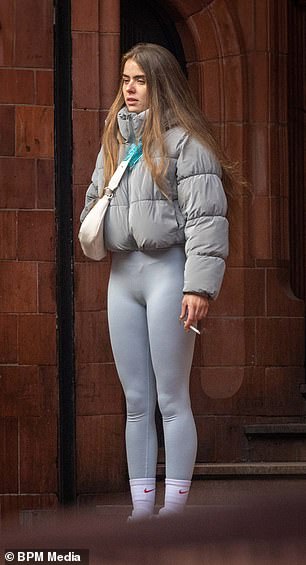 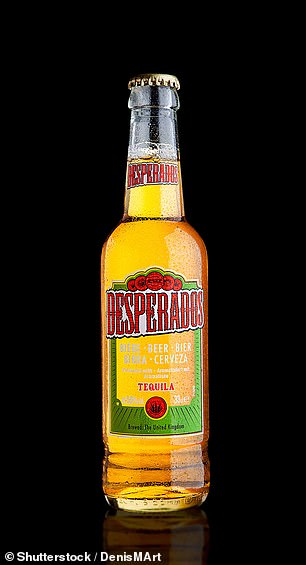 Leah Guy (pictured) launched her attacks in Birmingham city centre at the sloped walkway which leads down from New Street Station and Grand Central at Stephenson Place, commonly referred to as the ‘ramp’

At Birmingham Magistrates’ Court on January 26, she was sentenced to 16 weeks in jail, suspended for 12 months, and ordered to pay compensation to the victims.

District Judge David Wain described her behaviour as ‘appalling’ but took sympathy on her due to her troubled background.

Alinah Iqbal, prosecuting, said Guy approached the first female and ‘struck her to the head with a Desperados bottle’ before targeting the second woman who she ‘kicked to the floor and continued to assault her’.

In an impact statement one of the victims said: ‘I don’t feel safe anymore. I went out with family to enjoy myself. I feel vulnerable and no longer safe.’

The other victim said: ‘I’m uncomfortable leaving my house and I’m confused why this happened. I was not doing anything wrong. I didn’t expect anything to happen to me. I only went to the city centre to have a good time.’

Raj Dew, defending, told the court about some of the difficulties Guy had experienced growing up, including the loss of her father in tragic circumstances. 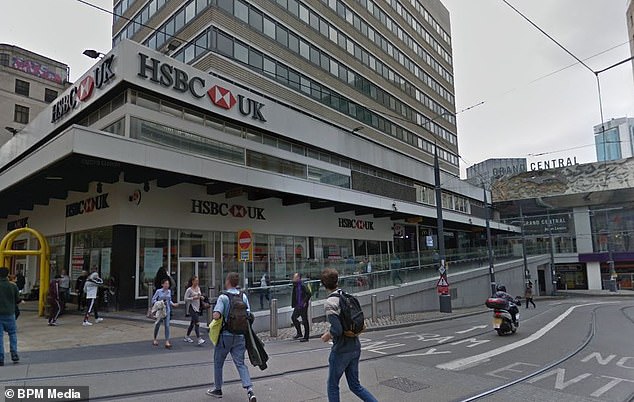 Pictured: Birmingham’s iconic ‘ramp’ in the city centre, where the attacks took place. Leah Guy confessed she had been drinking heavily on the night in question and apologised to the ‘truly innocent’ victims, both of whom were injured and shaken

She stated this was her first offence as an adult and said: ‘She said she was very, very intoxicated and has very little recollection of what occurred.

‘She had been to a pub celebrating with friends. She was in a bar and constantly given drinks and she constantly drank them. She has apologised to these innocent victims who are truly innocent and she accepts that.

‘She has a support worker. She is managing her finances. She has been going through an awful lot of problems. Sometimes things go wrong. She is trying very hard.’

Footage played to the court showed a large number of people at the scene from a far distance.

Judge Wain acknowledged Guy had the ‘common decency to plead guilty where the CCTV was not overwhelming because she wished to take responsibility’.

He ordered her to pay £150 compensation to each victim, complete 30 days rehabilitation activity and also imposed a two-month curfew between the hours of 8pm and 8am.

Judge Wain said: ‘This was appalling behaviour in the city centre where people were going out for a night out to enjoy the many attractions Birmingham has, not to go out to be assaulted, particularly in a place as public as this.

‘It has an impact not only on on those attacked but those who see it. I have got to balance that against the fact you are of a young age and the appalling life you have had so far. I say that in sympathy not in judgement.