Watch as jealous pensioner, 75, takes revenge on neighbour by keying their £60,000 Lexus


This is the moment a pensioner took revenge on a new neighbour by callously using a key to score lines into their £60,000 Lexus amid a row over a residents’ association.

Keith Ardley, 75, was said to have been jealous of Marius Crisan’s new car and damaged it out of spite.

He was caught on CCTV slying running a key along the side of the black Lexus 450h Hybrid in the car park of the block of flats where they live.

Video shows the flash of a key in his right hand as he scores three intermittent lines into the paint. 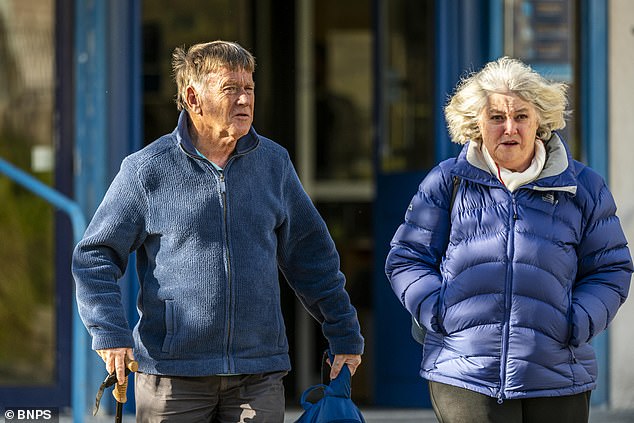 Keith Ardley has lived in the building in Bournemouth, Dorset, with wife Elizabeth for 40 years

Tensions between Ardley and Mr Crisan had been building after the victim moved to the flats and tried to set up a residents association.

Ardley, who has lived in the building with wife Elizabeth for 40 years, warned Mr Crisan to ‘pipe down and keep a low profile’ because he was new.

The retired council IT worker eventually vented his frustrations as he walked past Mr Crisan’s car on January 8, 2022.

Mr Crisan, 40, noticed the damage the next day and asked the security company that operates the CCTV at Wimbledon Hall in Bournemouth, Dorset, to check the footage.

Ardley, who is partially deaf and blind, was prosecuted for causing £1,000 criminal damage to Mr Crisan’s car. 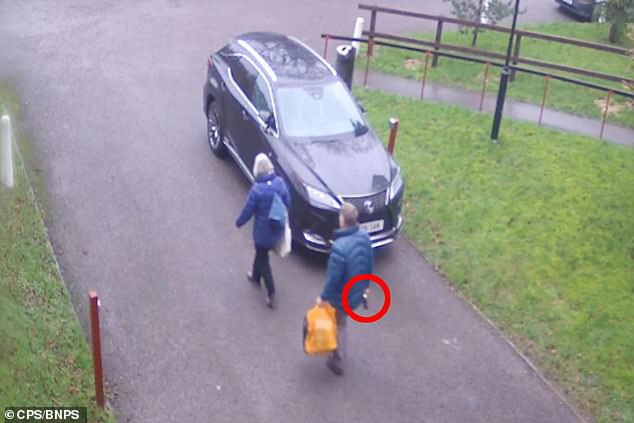 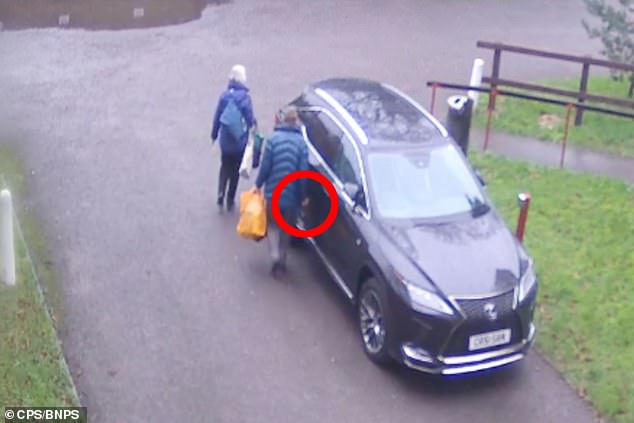 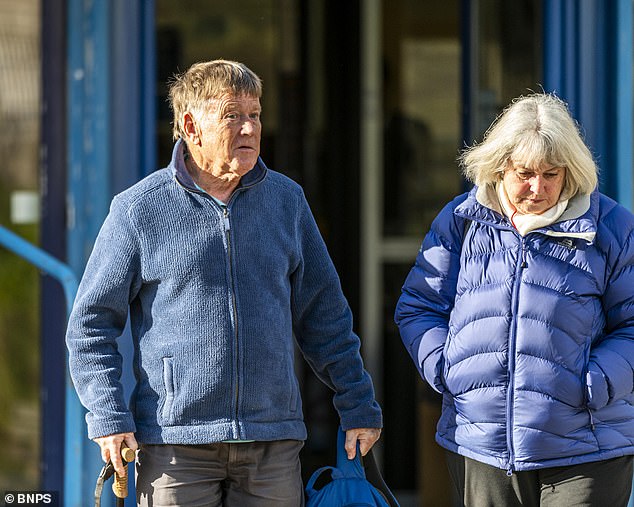 The defendant denied the offence and insisted in court that he ‘never tells lies’.

Mrs Ardley gave evidence stating she had seen the scratches the day before the incident.

Jason Spelman, prosecuting, told magistrates in Poole that the couple had come up with excuses that just ‘didn’t make sense’.

He said: ‘The defendant used a key to scratch three lines into Mr Crisan’s new car.

‘We have CCTV which clearly shows the defendant scoring lines into the car.

‘The defendant suggested that he was simply running his fingers along the car to feel for the scratches his wife had mentioned the day before.’

Giving evidence, Ardley said: ‘In just four seconds I ran my fingers along the scratches, but it was only along half of the car.

‘Even then I couldn’t have scratched the car because the keys in my hand were in a leather pouch.

‘I never lie, me and my wife have always told the truth.’

Mr Spelman put it to the pensioner: ‘You’re telling a big lie now aren’t you?

‘How likely is it that you immediately found them as you walked along the car?

‘In the footage we can see that you paid no real attention to the car at all.

‘You were being furtive because you thought that nobody was watching and that you would get away with it.

‘Were you jealous of Mr Crisan with his expensive car?

‘You had a very unfriendly conversation when he tried to form a residents association.

‘You told him to ‘pipe down and keep a low profile’ because he was new to the block.’ 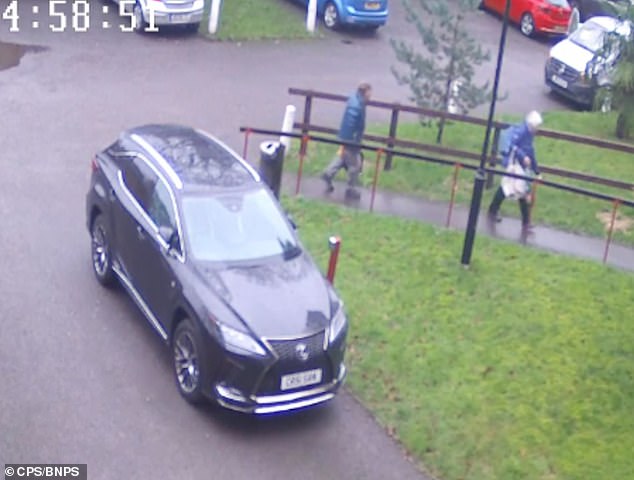 Magistrates found Ardley guilty after seeing the video footage – he was ordered to pay Mr Crisan £1,000 in compensation and £620 to cover costs of the trial

Debbie Scudmore, mitigating, said her client had no previous convictions and was of good character.

She said: ‘He has vehemently denied committing the offence and his wife has said she saw the scratches on the car the day before.’

Daniel Church, presiding magistrate, told Ardley: ‘I have taken into consideration your previous good character and read the letters from old colleagues vouching for your integrity.

‘However, listening to the evidence you and Elizabeth have given I have found significant inconsistencies.

‘In the CCTV a flash of your keys shows that they were not securely in the leather pouch like you said.

‘In your statement given to the police you said that your wife showed you where the scratch was on the car as you walked past.

‘In the footage she never looks back at you and she wasn’t even aware that you had touched the car.

‘The CCTV did not show you feeling the car with your fingertips.

‘I am satisfied that you did scratch the car and I do find you guilty of the charge of criminal damage.’

Ardley was ordered to pay Mr Crisan £1,000 in compensation and £620 to cover costs of the trial.