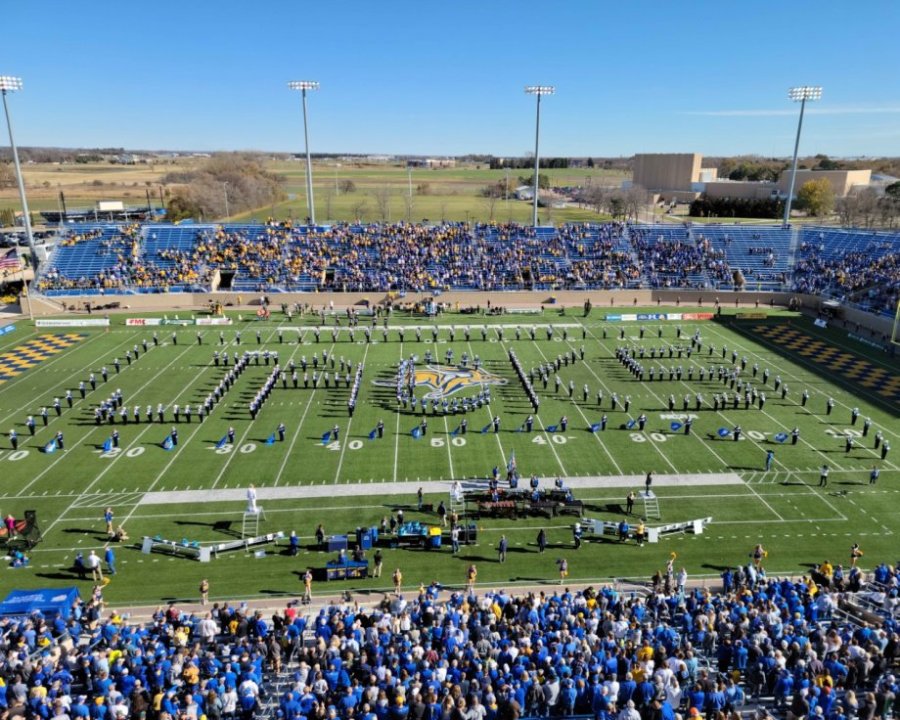 SIOUX FALLS, S.D. (KELO) — This band will cover the length of a football field.

When the members of the South Dakota State University marching band The Pride of the Dakotas take to the streets in Manhattan tomorrow for the Macy’s Thanksgiving Day parade, the formation will be about 100 yards, said director Kevin Kessler.

The band has 344 members who will march at nine members across in a formation which covers the 100 yards.

The sheer size and sound of a 344-member band should make an impression on parade watchers.

“I hope it does turn some heads,” Kessler said.

At nine across, the band will need at least 35 marching rows. That’s a long way from the front to the back.

The four drum majors will be at the front leading the band along with banner carriers.

“We will position the other directors (within the band) so that everybody knows what we are playing and when,” Kessler said.


GFP says it has suspect in death, abandonment of bucks

Kessler will be at the front of the band with a parade marshal from Macy’s. Kessler’s role will be to make sure the band has proper pacing. The band can’t be too close or too far from the parade entry ahead of them.

The band may need to lengthen or shorten its marching stride along the 50-block route, Kessler said.

The 50 block route means the band will march about 3 1/2 miles on Thanksgiving.

The Pride has been performing at SDSU football games all fall. The halftime routine requires members to march and play or twirl a baton or flag on the 100-yard field.

“The marching technique is the same, we didn’t necessarily have to change what we do,” Kessler said.

But instead of marching lateral to music the band will be marching straight down the street.


Pounds of marijuana found in Aberdeen

The Pride gets a 75-second performance on the street at Macy’s Herald Square. The performance will be similar to a field performance at football but in a much smaller space, Kessler said.

The marching music is a nod to New York City and to SDSU. The band will perform the SDSU fight song “Ring the Bell”, a medley from the musical “West Side Story” and a drum cadence. The performance at Macy’s will be “Birdland.”

Kessler said the band will be the eighth of 12 bands to march. The parade starts at 8 a.m. Central Time on Thanksgiving. You can watch the parade on CBS.