40 children killed during 1916 Easter Rising to get memorial


The Ancient Order of Hibernians of America (AOH) are joining up with one of RTE’s best-known broadcasters, Joe Duffy, to erect a memorial in central Dublin for the 40 children killed in the 1916 rebellion.

Danny O’Connell, President of the AOH, said “Joe contacted us, asked us to get involved and we agree that a prominent memorial to these children should be erected in central Dublin.”

The names of the 40 children who were killed in the Easter Rising were erased from the Glasnevin wall due to repeated acts of vandalism.  Duffy, well-known sculptor Orla Debri and now the AOH are envisioning a significant public piece of art to be erected in memory of the children who died during the 1916 Easter Rising.

In 2015, the year before the centenary of the rebellion, Joe Duffy released a book, “Children of the Rising: The Untold Story of the Young Lives Lost During Easter 1916″. His book gives an account of the young boys, girls, rich, poor, Catholic, and Protestant who were killed during the violence-fueled week.

The sculptor of the new memorial for these children, Debri’s design envisages a three-meter-high bronze piece compromising 40 young hearts which reflect onto a three-meter-long piece in the ground with the names of the children engraved.  The piece would be lit and landscaped, with an explanation positioned nearby. 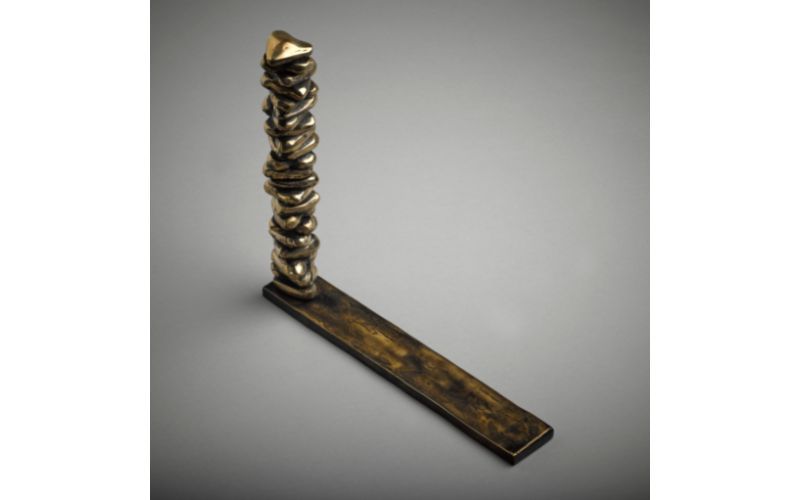 A model of what the “Children of 1916” memorial will look like.

O’Connell of the AOH thinks it’s time to better remember the civilians who died in the Rising.

He said, “In the Easter Rising there were just under 500 killed and a majority of those were civilians.  Apart from a small memorial in St. Audoen’s Park, there’s very little to memorialize them.”

The AOH has offered to help Duffy with the identification of a suitable memorial location.

O’Connell said, “Initially, we believe the first step for this project needs to be on finding a site.  That means potentially making an application to Dublin City Council or the Office of Public Works.  That’s where the focus is now”.

For more information on the Ancient Order of the Hibernians visit aoh.com.