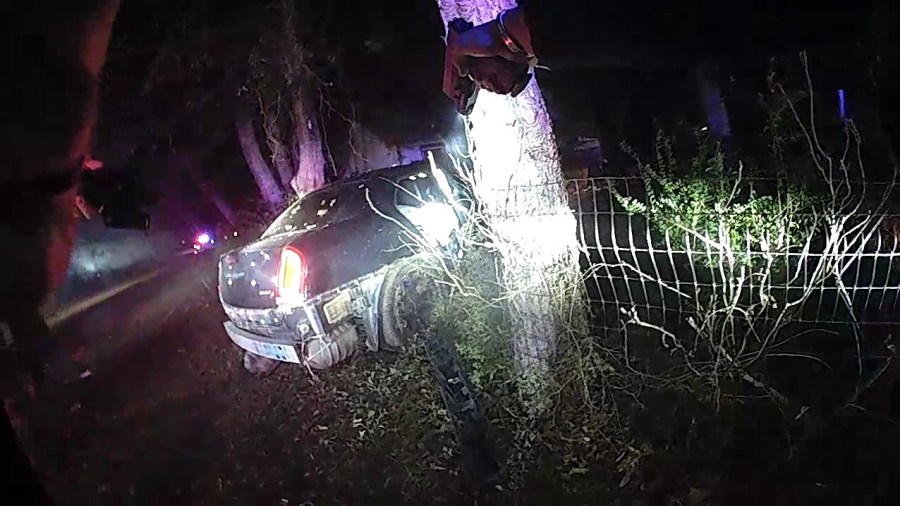 Around 7:30 p.m. on Nov. 17, officers with the Tulsa Police Department responded to an armed robbery report near 31st and 129th E. Ave.

The victim told investigators that he spent the day with a friend, Norian. At some point, Norian said he wanted to stop by a friend’s house.

When they arrived, the victim said four men approached him. One of the men pointed a gun at him, stole his wallet, phone, and car keys.

That’s when the victim says he realized he had been set up by Norian.

Norian Carr and the men jumped into the victim’s vehicle and left him.

Officials say the victim was able to track his vehicle and Tulsa officers quickly responded. They spotted the car and attempted to pull the group over.

However, investigators say Carr lost control and crashed into a fence and a tree.

All five suspects were taken into custody, and police recovered six guns from the vehicle.

The other two suspects, who were identified as Xavier Hunter and Edward McElwee, were taken to the hospital for injuries sustained in the crash. Officials say they will be arrested when they recover.