9-year-old, woman rescued after child falls through ice in Illinois 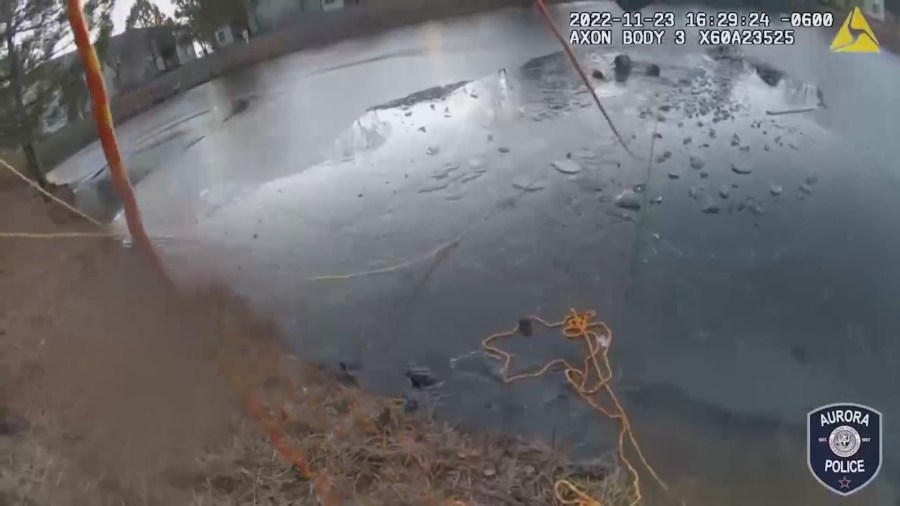 AURORA, Ill. (WGN) — A 9-year-old boy and a woman were rescued from a pond in Illinois Wednesday afternoon.

Just before 4:30 p.m., Aurora Police were called to a frozen section of a retention pond after receiving a report that a boy was drowning.

The boy reportedly fell through the ice while trying to retrieve a football. A woman also entered the pond to try to save him.

In body camera footage shared by police, officers can be seen rushing to the pond with water rescue kits. Two officers then jump into the water and quickly rescue the boy and woman while other officers work to pull them from the icy cold water.

The boy was transported to a local hospital with minor injuries.


IRS says your tax refund may be smaller this year

“I decided that I would kind of just tie a rope to myself and grab them and my colleagues would be able to pull us back in,” Officer Andrew Soderlund told reporters.

The child’s mother is thankful for the police’s effort to save her son.

“I thought my son was not going to be here to see Thanksgiving,” she said in a video posted by Aurora Police. She also thanked a boy and his parent that were by the pond and called 911 when her son fell through the ice.

The two officers sustained minor injuries and were taken to a nearby hospital for treatment. Police said everyone involved has been released from the hospital.