A look back at David Randle's crimes after recent parole violation 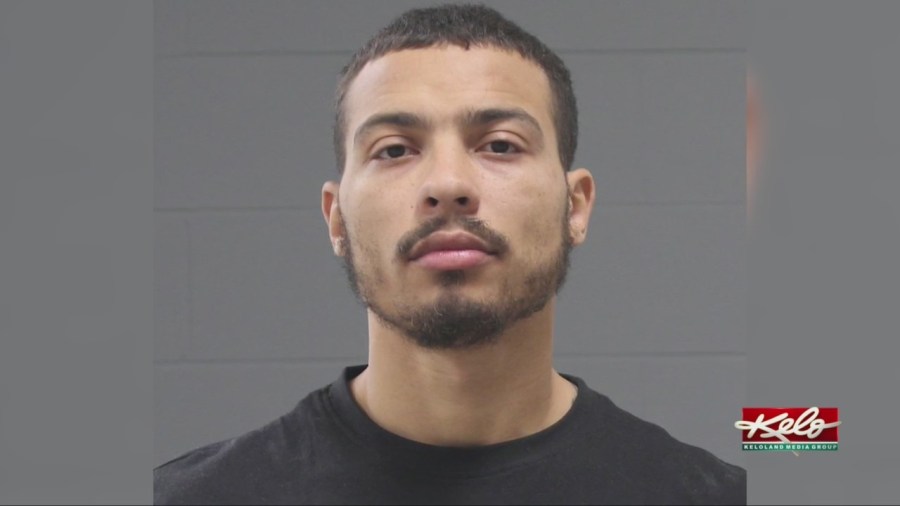 28-year-old David Randle Jr. was arrested Tuesday afternoon for violating parole. Randle was found near the area of 15th Street and First Avenue just outside of Downtown Sioux Falls.

Police say he tried to get away and ended up crashing into a patrol car, driving on the sidewalk and hitting a retaining wall. In this latest case, he faces drug and aggravated assault charges.


Another way to possibly reach I-29 in Sioux Falls

In 2015, David Randle shot and killed a man inside a Sioux Falls apartment building.
He claimed it was an accident. He was drunk and high when he shot the man with an AK47.
Randle pleaded guilty to first degree manslaughter and a judge sentenced him to 40 years in prison. 34 years were suspended as long as he stayed out of trouble.

He was back in court Wednesday. Charges include aggravated assault on law enforcement. The prosecutor pointed out it isn’t the first felony he’s accused of committing since being released on parole.

We checked past court records and discovered since getting out of prison in April of 2020, at least eight cases have been filed against him. Charges range from reckless driving and stalking to guns and weapons offenses.

One case was less than four months after his release in August of 2020.

According to an affidavit for a search warrant at a central Sioux Falls home Randle was living in at the time, authorities found a handgun with four loaded magazines, as well as seven THC cartridges and marijuana all in a washing machine.

Additionally, they found another handgun, numerous rounds of ammunition and other drugs including over 60 pills marked “Xanax.”

As part of a plea deal, 14 charges were dropped in that case and he pleaded guilty to being in a place where drugs were used. Most of that jail time was suspended.

Since his release, Randle also pleaded guilty in a case involving stalking. That sentence was also suspended.

On Wednesday, the judge set bond at $100,000 cash, calling him a threat to the community.