‘Armed and dangerous’ felon in custody after 3-day search 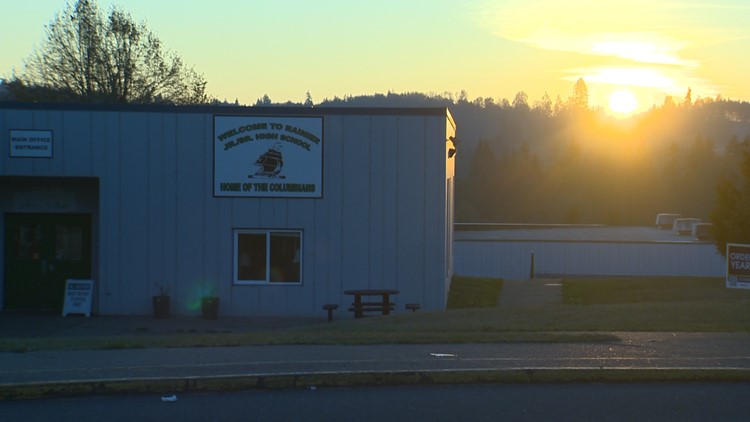 Schools were closed in the Rainier School District as law enforcement continued a search for Kevin Reynolds, 41, who was wanted on multiple charges.

RAINIER, Ore. — The Clatsop County Sheriff’s Office has arrested Kevin Reynolds, an “armed and dangerous” felon who had been on the run from law enforcement in Northwest Oregon since Tuesday.

According to a brief statement from the agency, Reynolds was taken into custody around noon on Thursday.

The arrest happened on a rural property along McLean Hill Road, just a few miles off Highway 30 in Westport. Neighbors there said law enforcement spent hours in the area Wednesday night, but did not zero in on Reynold until late Thursday morning.

A woman who wanted to be identified by only her first name, Lynndall, told KGW that the suspect was hiding in a yellow shed behind her home. Deputies told her she needed to leave her property until they could apprehend Reynolds.

“They were standing with guns down by the trees and then all of the sudden they called and said ‘Get out,'” said Lynndall.

This is the shed where Reynolds was found, according to homeowner on a rural road near Westport. https://t.co/WzF7IY9Xx2 pic.twitter.com/R03hxLKKjN

Lyndall watched from a family member’s home across the road, until Reynolds was arrested and deputies gave the all clear.

“We’re all happy, we told the police we appreciate it and there was a lot of police presence so it was great they were here helping us,” she said.

The Rainier School District previously announced it would close its schools Thursday after a nearly four hour lock-in the day prior as law enforcement continued the search for Reynolds. All activities were also cancelled.

Columbia County Sheriff’s deputies investigated multiple new sightings of 41-year-old Kevin Reynolds throughout the day Wednesday. The latest sighting reportedly happened around 6:40 p.m. on a home surveillance camera in the community of Westport.

The area is about 23-miles west of Rainier, where Reynolds had been spotted earlier in the day. For about three hours Wednesday night, police looked for evidence along Highway 30 between Westport and Clatskanie. Police did not confirm where they thought Reynolds might have been at that time.

As far as the public knew, the incident began with a flurry of police activity in the Rainier area Tuesday afternoon. The sheriff’s office revealed that multiple agencies were searching for Reynolds around Heath Road and Old Rainier Road, just west of the city of Rainier and about two miles from schools.

Though search efforts continued for six hours, Reynolds was not located that night. According to the Rainier School District, the search included K9 units, drones and SWAT teams.

Schools in the Rainier School District are on a single campus, so the entire district went on lock-in status Wednesday afternoon as law enforcement investigated a reporting sighting of Reynolds.