At least 7 killed, including gunman, at Virginia Walmart 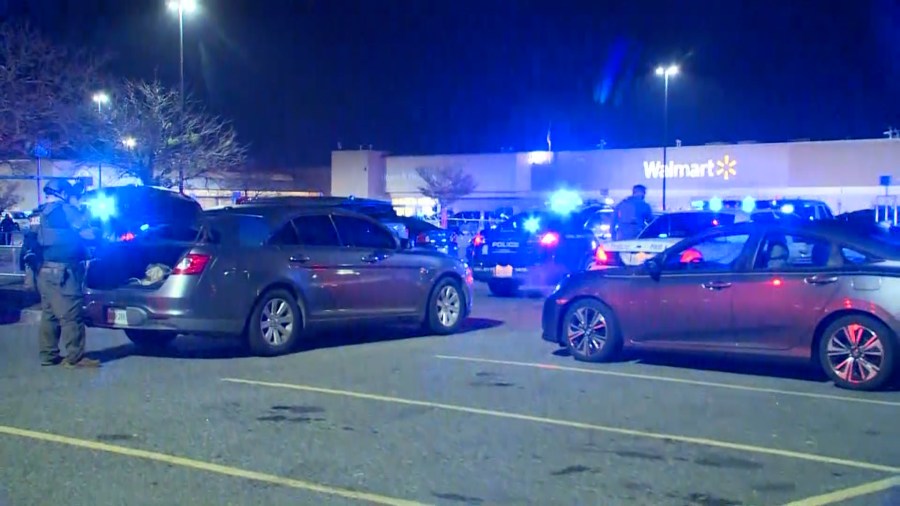 (NewsNation) — At least six people were killed when a gunman opened fire Tuesday night inside a Walmart in Chesapeake, Virginia, and the shooter is also dead, city officials said early Wednesday.

Police earlier said there were multiple fatalities and injuries.

Solesky also confirmed that the gunman was a male Walmart employee. The shooter’s identity has not yet been released; his next of kin have not been notified.

The call for the shooting came in around 10:12 p.m. Tuesday when the Walmart Supercenter was still open to the public, NewsNation affiliate WAVY reported. Night shift workers had just recently checked in.

Officers responding to the shooting found several victims as they swept through the store over the course of about 40 minutes, Officer Leo Kosinski of the Chesapeake Police Department said in a briefing. Rescue teams were sent in to tend to the wounded.

One person was also found deceased outside the front entrance, WAVY reported.

Sentara Norfolk General Hospital, the area’s closest level 1 trauma center, told WAVY they were treating five victims. Police said victims were sent to multiple hospitals, and as of 1 a.m. ET no others have announced how many patients they’re treating.

Police said as of 3 a.m. ET the store was considered safe. All victims had been located, and there was still an active investigation.

A massive police response mobilized outside of the store after the shooting was reported, with FBI agents and Virginia Beach police responding to assist Chesapeake. The ATF in Washington tweeted just after midnight that they were also on the way to help in the investigation. Police entered the store after getting the call and continued to find victims for about 30 to 45 minutes, Kosinski said.

Walmart tweeted its prayers for the victims and said they were “shocked at this tragic event.”

We are shocked at this tragic event at our Chesapeake, Virginia store. We’re praying for those impacted, the community and our associates. We’re working closely with law enforcement, and we are focused on supporting our associates.

Reaction to the shooting began to come in Tuesday night on social media.

“I am absolutely heartbroken that America’s latest mass shooting took place in a Walmart in my district in Chesapeake, Virginia tonight,” state Sen. Louise Lucas tweeted. “I will not rest until we find the solutions to end this gun violence epidemic in our country that has taken so many lives.”

Sen. Mark Warner tweeted: “Sickened by reports of yet another mass shooting, this time at a Walmart in Chesapeake. I’ll be monitoring developments closely.”