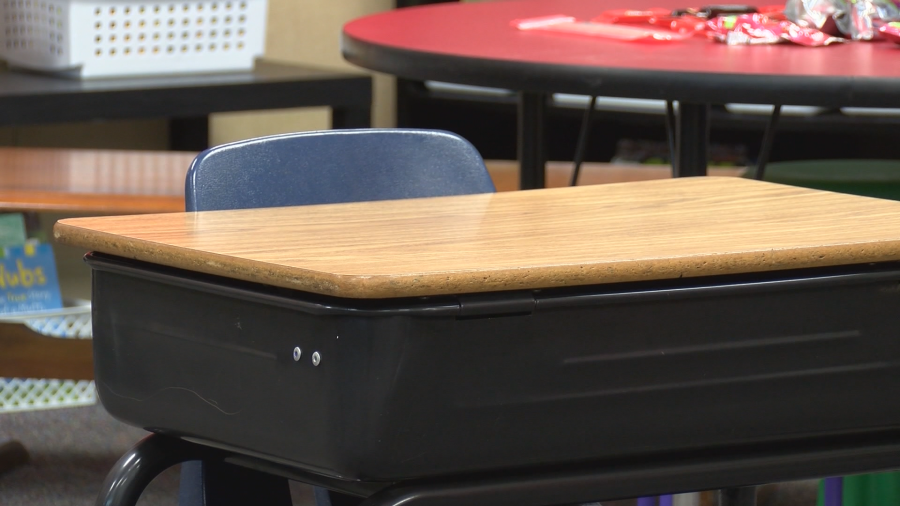 SIOUX FALLS, S.D. (KELO) — It has been one of the hottest topics in education this past year, social study standards.

On Monday, the South Dakota Department of Education will hold a public hearing in Sioux Falls to hear from parents and educators about the state’s proposed standards.

Yesterday, the Board of Education released 800 pages of comments it’s already received.

The proposed standards are receiving a cold reception among a lot of educators.

Yesterday, more than 30 teachers and staff at Harrisburg’s North Middle School staged a walk-in to speak out against them.

While there are several comments in favor of the proposed standards, the majority of the 800 pages of comments released yesterday are filled with opposition.

Like Janey Strom, who is a former first grade teacher. She wrote: ‘Although I appreciate the ambitious nature of these standards, I am very concerned that this is more of a political move rather than a revision that keeps our teachers’ and students’ true best interests in mind. These documents should be edited and revised by educators across the state who are more familiar with developmentally appropriate instruction and realistic expectations for our school systems.’

Jackie Hulscher wrote, ‘Overall, the standards would be good. Educational. They are just NOT age appropriate! Students are going to dread History Class with these standards.’

But Amy Pryor feels the curriculum will challenge students in a good way.

‘When I think of the vast injustice being done to students nationwide right now, allowing them to do less because more is perceived as “too hard”, I am saddened and dismayed. Students deserve the opportunity to be challenged and educated well. It is the only way to produce concerned, responsible citizens for our future.’

Those in favor of the standards cited their opposition to Critical Race Theory.

Susan Luschas wrote: ‘Thank you for not teaching CRT and promoting propaganda/brainwashing of our kiddos!’

Monday’s public hearing is scheduled for 9-a-m at the Sioux Falls Convention center.