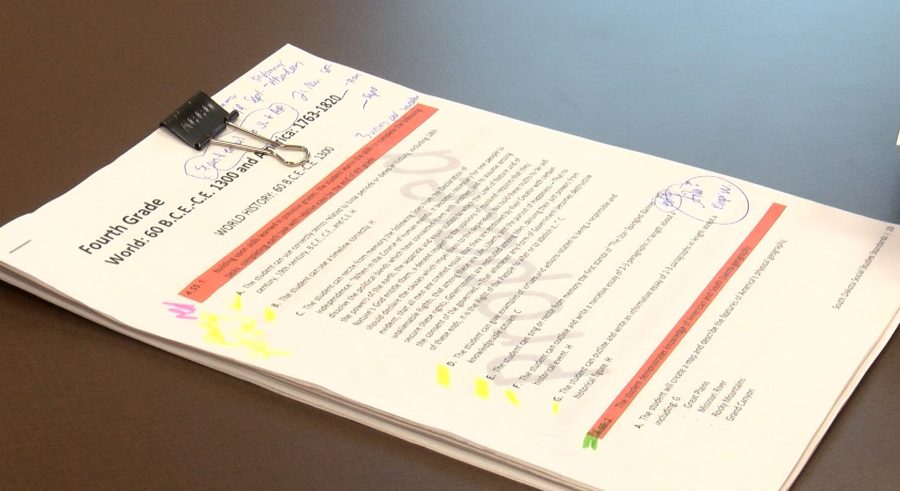 The South Dakota Board of Education Standards is hosting its second of four statewide meetings on the proposed standards at 9 a.m. at the Sioux Falls Convention Center. The official agenda for the meeting lists a public hearing for standards as the sixth item of business and you can listen to the meeting online.

A total of up to 90 minutes will be allowed for proponent and opponent testimony.

KELOLAND News will have coverage of the meeting online and on-air. You can find updates from the meeting below.

The meeting has started.

Ahead of the meeting, more than 800 pages of public comments on the social studies standards have been released.

Many of the comments opposed to the proposed standards center around concern that they are not “developmentally appropriate” for the various grade levels.

The South Dakota Department of Education has released three op-eds in support of the proposed standards. Janet Finzen, a member of the Social Studies Standards Revision Commission who worked on the proposed standards, wrote “complex social studies standards empower students to succeed in school and later in their careers and life.”

The South Dakota Education Association has provided a side-by-side comparison for each grade level to the standards approved in 2015.

Sandra Waltman, SDEA director of communications and government relations, told KELOLAND News in October the proposed standards haven’t changed and therefore the opposition remains from the SDEA and many other education associations and teachers across the state.

Waltman said the main concerns are about memorization, the amount of content and the cost of changing curriculums to match the proposed standards.

There is no current state or federal test that measures how students are learning about social studies in South Dakota. The proposed social studies standards doesn’t change that, but Waltman said part of how public schools are accredited is through aligning with statewide standards.