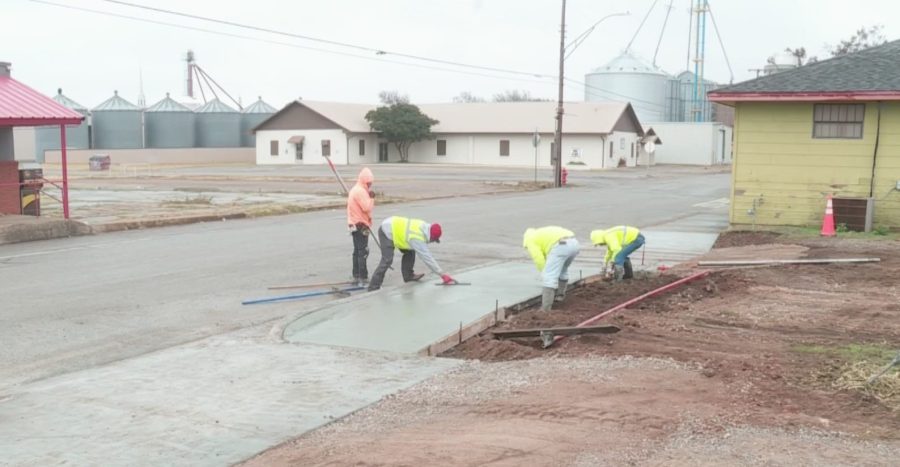 MAYSVILLE, Okla. (KFOR) – A city construction project puts one drive thru restaurant at risk of going out of business.

The city of Maysville is installing a new sidewalk in its downtown.

But that sidewalk extends across the area where cars used to enter the street from the restaurant. Now there is a drop-off that the owner said is unusable for customers.

“We expected it to be a gradual drive thru slope there,” said Ricky Page, who’s wife owns and runs Toodles Tacos.

Next to the drive thru area, there is an electrical pole which makes it difficult for drivers to access the road.

“They cannot make it around that pole to hit the street without bouncing over the curb,” said Page.

The plan to build the sidewalk was supported by Page because it would allow people with disabilities to get around easily.

However, he expected the sidewalk to slope down, which is how it works with a business next door.

Page said the drive thru provides two-thirds of the restaurant’s revenue.

“She’s losing literally hundreds of dollars a day, not having access to that drive thru window,” said Page.

Construction started last week. The restaurant has been closed all this week.

“Even though the city now realizes their mistake, they wanted us to pay out of pocket to remove the curb,” claimed Page.

KFOR reached out to the city attorney. We are waiting to hear back.

Page said that he will contact his own lawyer and plans to sue the city.

“She’s [Page’s wife] shut down and making no money,” said the co-owner. “We still got overhead to pay. We have four employees that that help us in this restaurant. They’re not being able to work.”