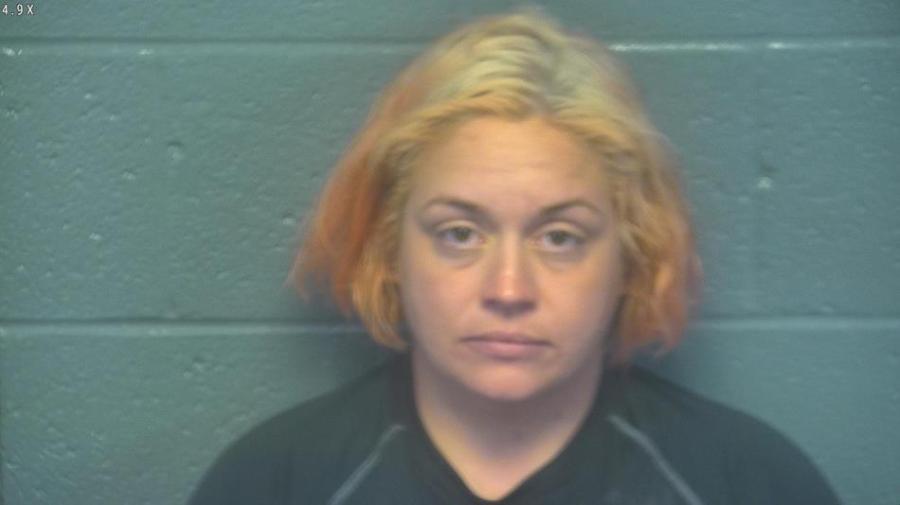 EDMOND, Okla (KFOR) – An Edmond woman is locked in the Oklahoma County Detention Center after barging into a man’s house, smashing items in his kitchen and nearly starting a fire.

“You really don’t expect something like that,” said Emily Ward, a spokeswoman for the Edmond Police Department.

87-year-old Alvaro Malave-Von Weber was waiting for his son, Kent Malave, to pick him up for the airport last Wednesday morning when he heard a knock at the door. Assuming it was Kent, Weber opened it up and was stunned when Nicolle Davis barged inside.

According to Weber, Davis kept claiming she knew him and took a seat on his couch.

However, as he dialed 911, Davis escalated from breaking in the house to breaking things inside. She also nearly started a fire on the stove top, according to Malave.

“The police came very, very promptly. But in the time that they were coming, she tried to light a fire and tried to destroy several things in the house,” said Malave. “She went to the oven, to the cooktop, and started to pour things on it and tried to put things on it to try to light a fire which caused a bunch of smoke and then she swiped a bunch of things off of the counter and put it all over the floor and broke a bunch of things.”

When police arrived at the Edmond home, Davis was outside sitting in the front yard with a bottle of champagne she took from Weber’s refrigerator, according to Ward.

“She was very combative with our officer,” said Ward.

Ward also confirmed Davis was intoxicated when this ordeal unfolded.

On body camera video, an officer can be heard asking Davis why she came to Weber’s house to which Davis responded, “Because I needed to be. He seemed nice. He had a lot of cats and (expletive) outside.”

“Since he’s good, then we just had to deal with getting the smoke out, clearing the place, and then figuring out how to clean it all up without someone getting hurt,” said Malave.

The good news is Weber made it to his flight on time. He’s happily enjoying spending time with his family in Venezuela.