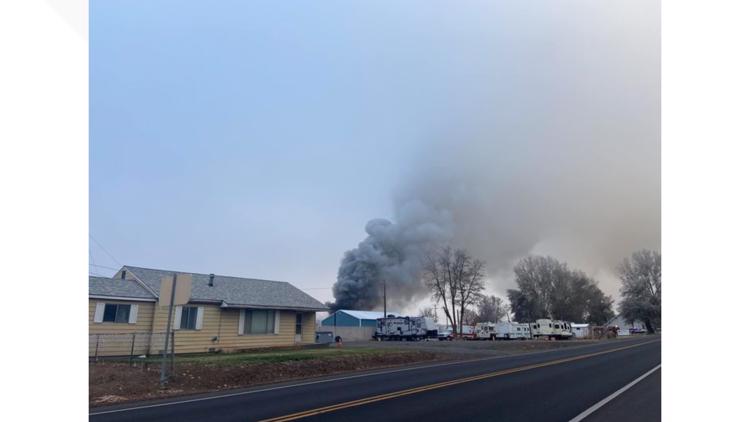 The Sherman County Sheriff’s Office has asked residents to evacuate the town until at least Monday due to concerns over chemicals potentially exploding.

GRASS VALLEY, Ore. — Five employees were burned when a hemp plant caught fire on Sunday afternoon, forcing the town of Grass Valley to be evacuated until at least Monday.

“We are being told the evacuation order will remain in effect through the night. Tomorrow morning the professionals will assess the situation in the daylight,” the Sherman County Sheriff’s Office said Sunday night in a Facebook post.

Residents were evacuated to the nearby city of Moro and its fire station due to the threat of a potential explosion of combustible chemicals.

Grass Valley is a town about 125 miles east of Portland. Highway 97 was temporarily shut down due to the fire and evacuation but has since reopened. Officers are asking drivers to use caution as the area is surrounded with thick fog.

There are no details on a cause or containment at this time.

This is a developing story and will be updated as more information becomes available.