How first-time legislators are approaching Pierre 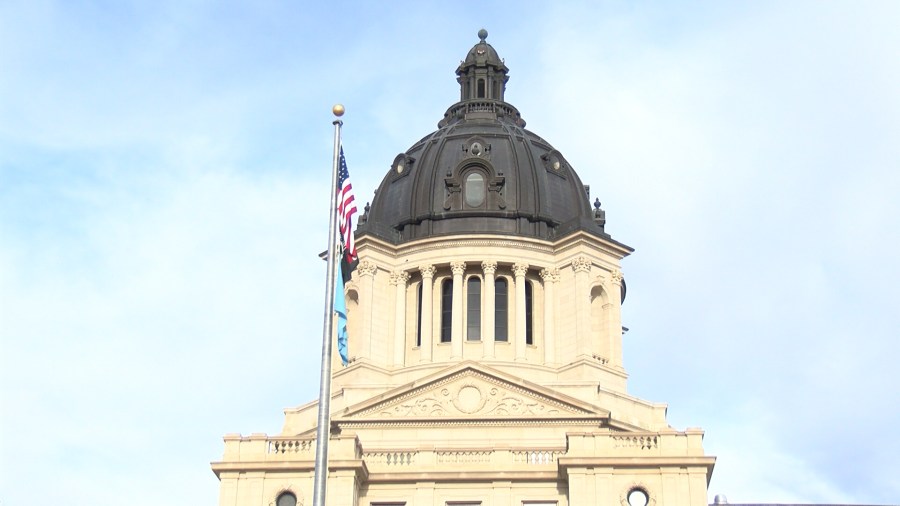 SIOUX FALLS, S.D. (KELO) — South Dakota’s 98th legislative session starts in less than two months, and some of the people heading to Pierre will be serving in the legislature for the very first time.

Democrats Liz Larson and Kameron Nelson and Republicans Dennis Krull and Jessica Bahmuller will all be serving in the legislature for the first time. Nelson, Krull and Bahmuller will serve in the House. Larson was elected to the Senate.

“It’s such a thrill and an honor, honestly speaking,” Larson said. “I, it’s hard to process but it just feels really great, I mean we work so hard, everybody who wins and loses works so hard on their campaigns.”

She and Nelson live in Sioux Falls and will represent District 10, which covers a section of Minnehaha County in eastern South Dakota.

“Serving a first term is definitely a mix of emotions, excitement and the realization that this is the work and so how do we best represent everyone and listen as much as possible and work together to build bipartisanship in the legislature,” Nelson said.

Krull of Hill City will represent District 30 in the western part of the state.

“My main focus is basically I want to keep our way of life in South Dakota the way it was when I grew up,” Krull said. “I have daughters that are living here, 9 grandkids, and I hope they can all come back to the state and they can be here and make a living and have the same kind of lifestyle that I have enjoyed for the last 67 years.”

Bahmuller lives in Alexandria; she’ll represent District 19 which stretches from the border with Nebraska to north of Interstate 90 in eastern South Dakota.

“It’s an honor to be elected,” Bahmuller said. “The first time I voted, I voted for my mother for school board, and I’ve actually been able to vote for my dad, too, but to actually check my box on the ballot was very surreal, and I look forward to it.”

Her father is Arch Beal who will represent eastern South Dakota in the Senate. Balancing work and family life is on her radar.

“I have a 14-year-old, a 15-year-old and a four-year-old, and I’m trying to prepare them for mom to be gone for two months,” Bahmuller said.

The campaigns and Election Day are now in the rearview mirror.

“It’s a great honor, and it’s a relief now that’s it over because you start in the primary,” Krull said.

“We knocked on doors since July, and I very much felt like I could not represent our district without getting to know people and listening to their stories,” Nelson said. “We have lots of folks on housing vouchers and are on SNAP programs.”

Now, the first day of the upcoming legislative session is approaching; the session opens on January 10.


Braving the cold for education

“I think I have a unique skill set that I bring, a unique perspective, because I do have a very technical background in financial institutions, economic development,” Larson said.

“I have three kids in the public school system, so education, local government,” Bahmuller said. “I’ve been married to a military veteran, so I want to serve on military and veterans affairs if possible.”

Education is on Larson’s radar, too.

“Medicaid expansion is another big one that we’ll try and work on, and also just bringing some more common sense to the dialogue and not getting caught up in the national issues that tend to divide us,” Larson said.

“I really hope to bring a focus with a youth perspective, really making sure that our young people here in South Dakota feel welcome, and that South Dakota is an inclusive place,” Nelson said. “I believe that we’ve got a great opportunity to provide affordable housing in our communities.”

Following campaign promises from both sides of the aisle, Krull and Nelson see a particular tax in the spotlight.

“I’m sure that we’ll have a significant conversation about repealing the sales tax on food items,” Nelson said.

“The number one and top priority in District 30 of the people that I have talked to so far is basically property tax, and so that is a major concern of theirs right now,” Krull said. “And the other thing that I see on the horizon is the governor’s proposal to eliminate the sales tax on food.”

No two legislators bring the same perspective to Pierre. Soon, these four will have a chance to make their own individual marks on the laws of the state.

“I’m excited, and I’m looking forward to it,” Krull said. “I know that I’m going to have a lot to learn.”