I-84 reopens in eastern Oregon after closure due to crashes, ice 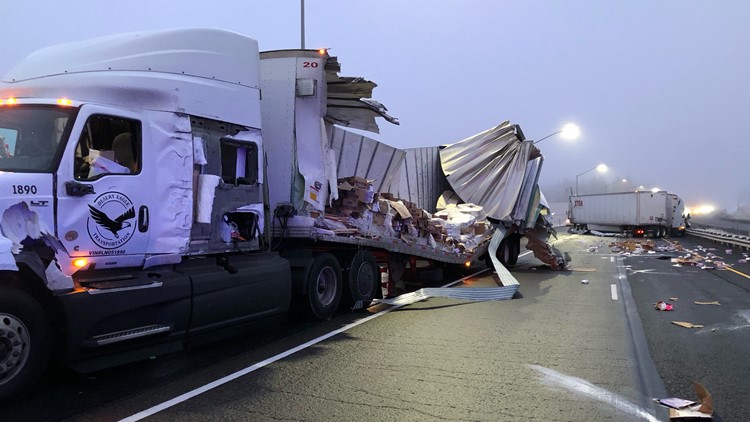 The closure stretched from about six miles east of Pendleton to just past La Grande.

PENDLETON, Ore. — Interstate 84 has reopened after it was shut down in both directions in eastern Oregon for several hours Thursday morning due to crashes and icy conditions, the Oregon Department of Transportation (ODOT) reported.

The closure stretched from about six miles east of Pendleton to about four miles east of La Grande. The westbound closure extended to Baker City.

The I-84 westbound lanes were closed to commercial trucks in Ontario at Exit 374 because of limited parking space for trucks in Baker City and La Grande.

This stretch of highway that was closed Thursday morning is near the location where a 170-vehicle pileup shut down I-84 for nearly a day earlier this year in February.