Ireland’s bogs hold secrets that rarely come to light, yet, offer so many details when they do.  Old Croghan Man and Clonycavan Man are two bog bodies now on display at the National Museum of Ireland in Dublin.

And Isabella Mulhall, Assistant Curator of Antiquities at the National Museum of Ireland, knows their stories up close and personal. The bog bodies on display at the museum date back to the Iron Age. One was actually found not far from Galway. It has been thousands of years since they saw the light of day. They are preserved to a remarkable degree by the conditions in the bog.

Mulhall says, “Bogs are dark and wet, and they have sphagnum moss, which somehow creates the perfect conditions to keep a body intact. Those conditions preserve the bones and the skin and some of the soft tissue and even internal organs that we study.  These bodies have hair on them, textiles are intact, and wood, even jewelry.

“Those conditions do cause up to 15% shrinkage in a body so we have to take that into account when we figure how tall someone was, and the chemicals seem to turn a body and hair redder than they were in life, but so much of them is still there our team has been able to piece together what they ate before they died, what happened to them before they were put in the bog, health conditions prior to death.

“It is amazing, and you can get so much more from a bog body than you could ever actually get from decomposed bodies and skeletons.“ 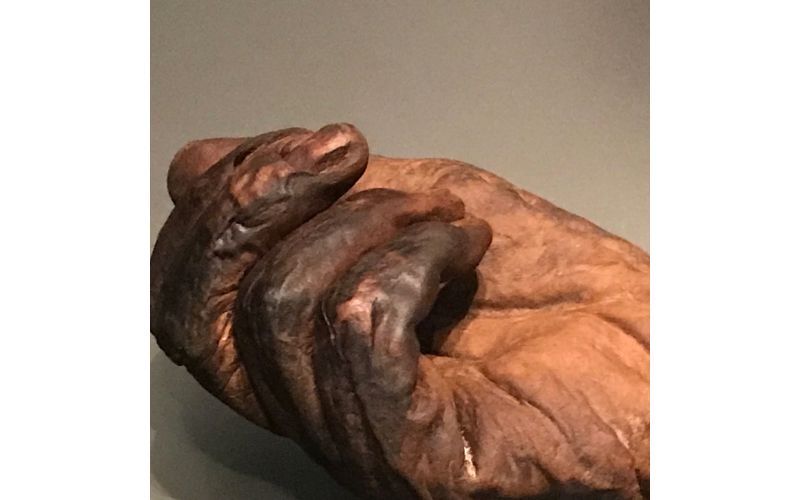 A bog preserves bodies to a remarkable degree.

The bog bodies all appear to have been killed in violent ways before they ended up there. Many were high in status among their communities, and most are missing limbs.  But they all tell personal stories that make up a history never before understood.

The bog bodies have all been discovered through peat harvesting. Harvesting efforts have unearthed them over time. All have been found by mistake, not by a concerted effort to find them.

Now that Ireland is limiting peat harvesting in favor of other more efficient forms of heating homes, you might think that the discoveries will end but Board Na Mona is focusing now on bog rehabilitation. And as that work there gets underway, Isabella Mulhall says we may see more bog bodies come to light.

You can hear more about the bog bodies and their stories in this edition of Erin’s Isle.