Jackrabbits in NYC ahead of parade performance 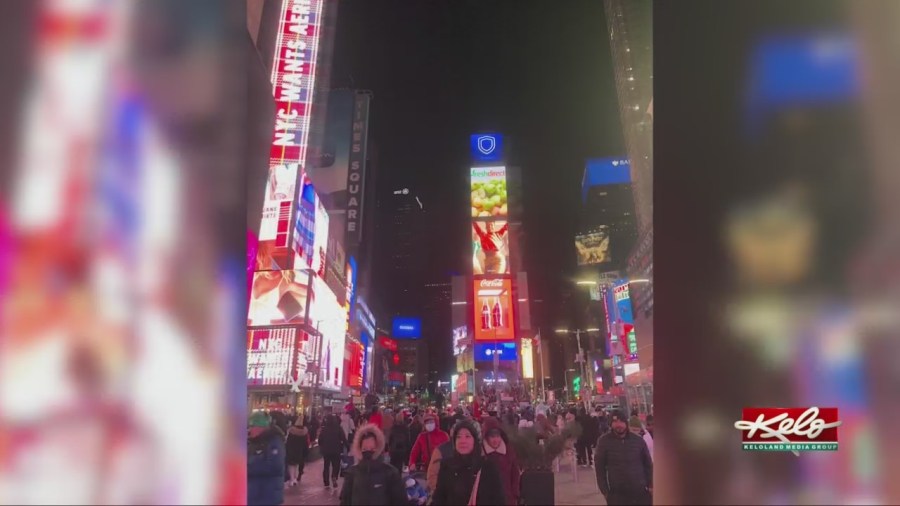 SIOUX FALLS, S.D. (KELO) — There are lots of jackrabbits in the Big Apple this week.

Band members cheered last year when they found out The Pride was selected to march in the parade.

Now, that moment is just days away.

“I think this is the coolest thing I’ve ever done, you know,” band member Grant McMillan said.

Trumpet player Grant McMillan and trombone player Kate Pfeifle are both in New York City for the first time.

While the band will spend some time practicing, they’re also getting to explore the city.

“I don’t know if I would’ve come to New York if there wasn’t a specific reason for me to go,” Band member Kate Pfeifle said.

Soon their talents will be on display for the world to see.

Volk: Are you two nervous or are you ready to go?
McMillan: A little bit of both. I’d say a good mix of both. It’s definitely nerve-racking because we get one chance to show ourselves off to so many people in the United States and that’s the only view of us that they’re probably going to get.


‘The Pride is back!’ and preparing for New York City

“It’s a good opportunity to show that we…we do cool things too in South Dakota. We farm well, we hunt good, and we perform well,” Pfeifle said.

The Pride will also be performing at the Intrepid Sea, Air and Space Museum this week.