JFK in Ireland: Video discovered from 1963


Colour footage filmed by an Irish woman of John F. Kennedy’s visit to Wexford in 1963 emerged after half a century.

The 20-minute long video capturing the visit of President John F. Kennedy to New Ross, in County Wexford, in June 1963, was showcased at the 2021 Kennedy Summer School.

The footage was captured by Peggy Walsh, who sadly passed away in 2021 at the age of 98. Back in 1963 Walsh was a keen photographer and videographer when movie cameras were a true rarity, 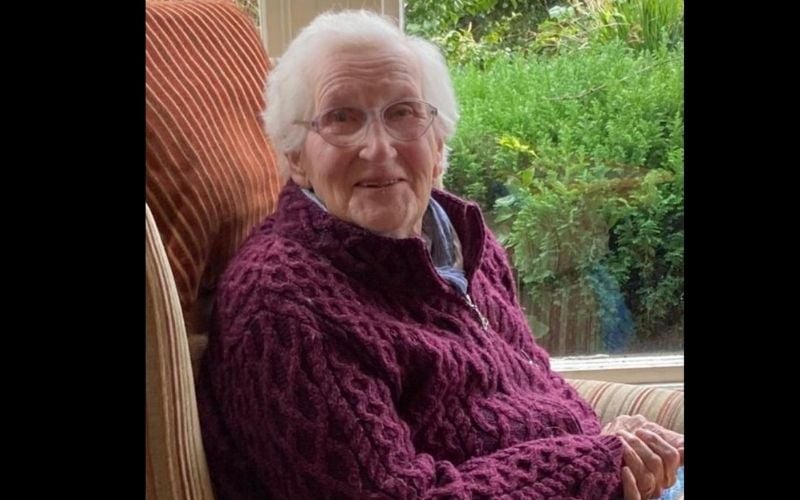 JFK came to Ireland in June 1963 to visit his ancestral home in Dunganstown, where Patrick Kennedy, JFK’s great-grandfather left Ireland during the Great Famine in 1848.

Walsh chose a high point of vantage and her film captures Kennedy clearly as he travels through the town, the shops and businesses decorated in American flags and red, white and blue bunting, along with Irish flags and colors.

Kennedy, standing unprotected in an open sedan car, is seen grinning and waving at the delighted townspeople. Frank Aiken, Minister for Foreign Affairs, can be seen smiling on a back seat.

A colour video of JFK in New Ross ’63 will be screened outdoors at the New Ross Library Park at 5.30pm Sept 2nd. The video by Mrs Peggy Walsh, Rosbercon, is one of many occasions she filmed. For details on this & our line up of 30+ speakers, visit https://t.co/wkFPU30dlD #JFKSS pic.twitter.com/vKzBwREtbS

Peggy’s daughter, Ann Larkin donated the footage after discovering it in the family home to the archive.

“It’s literally been in the drawer for the last 45 years. Luckily the drawer was a dark, dry space, and that helped preserve it,” she said.

“She was very interested in photography. If there was anything on, there would be a camera taken out,” Ms. Larkin added. “Even as kids we would have been playing with the footage just messing on the projector, we were lucky none of it got really damaged.”

Local man Paddy Breen converted the film to DVD and Ms. Larkin then donated the film to the local library to become part of the Kennedy Book and Research Archive.