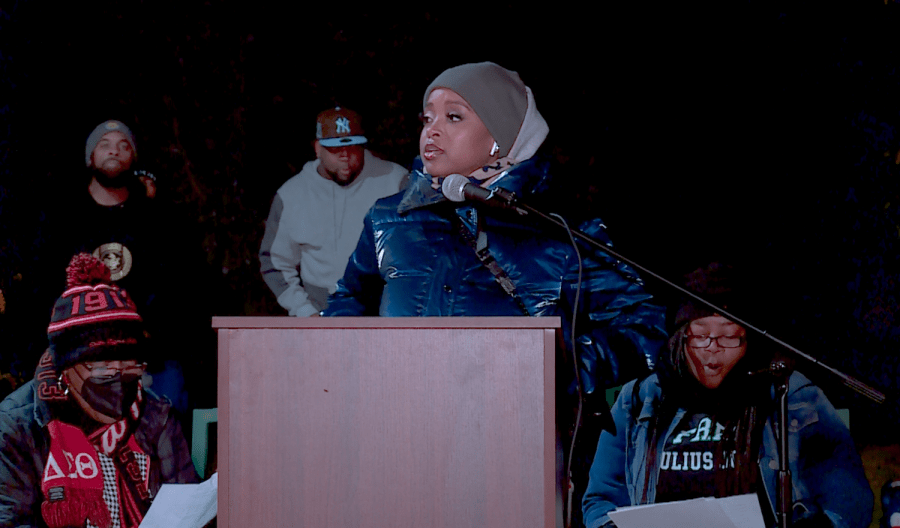 OKLAHOMA CITY, Okla (KFOR) – One year after Governor Kevin Stitt spared the life of Julius Jones by commuting his death sentence to life without parole for the 1999 murder of Paul Howell, his friends and supporters gathered together to reflect at the Oklahoma History Center.

The group that gathered said much has happened in the year since that commutation, and while the day was “bittersweet”, many woke up grateful that Jones was still alive.

Stitt’s commutation of Jones’ death sentence came after several years of turmoil over Jones’ 2002 murder conviction, and he was set to be executed on November 18, 2021.

Jones pleaded not guilty to murdering Howell and has since maintained his innocence.

“The darkness had made so many believe that we couldn’t stop the execution of Julius Jones. But guess what? We did. We did and we did it together,” said social justice leader and featured speaker for the evening, Tamika D. Mallory.

Oklahoma has executed a total of 199 men and three women between 1915 and 2022 at the Oklahoma State Penitentiary, and an execution is scheduled nearly every month over the next two years after a moratorium that ended in October 2021, according to state statistics.

“Julius wanted us to have this prayer vigil so that he could say thank you, but I haven’t heard from him, so I don’t have any words from him [yet],” said his sister Antoinette.

“We woke up this morning extremely grateful that Julius is alive and extremely reflective around all that people did for him last this time last year and how not just the Oklahoma community, but the whole world really leaned in and for him. [We] are so grateful for that,” said the Rev. Cece Jones-Davis, who helped found the Justice for Julius Jones movement.

According to The Innocence Project, ten people sentenced to death in murder cases in Oklahoma have been exonerated.

Read more about the case here.