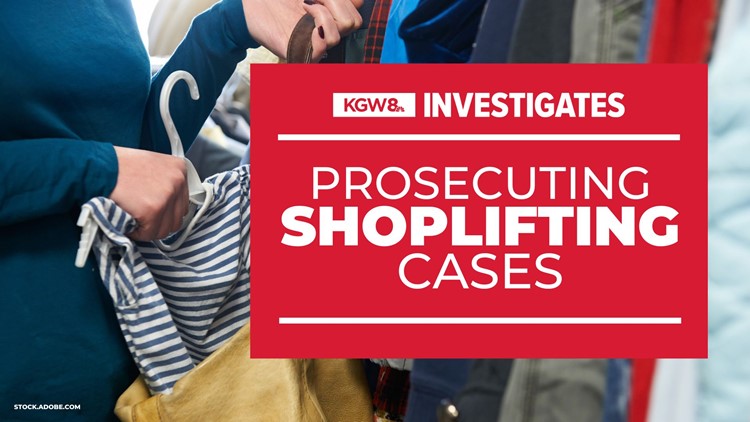 The Multnomah County DA prosecutes 46% of misdemeanor theft cases, compared to 93% in Washington County and 84% in Clackamas County.

The numbers come at a time when Portland business owners complain retail theft has risen to new levels. Shoplifting has become more frequent and brazen.

A KGW investigation found thieves stealing armloads of merchandise and walking right out the front door with no fear of being caught. The rampant theft has driven some stores to close or reduce their hours.

“We have situations where a shoplifter will actually say, ‘You’re not going to prosecute me. I’m not going to jail,” Lien said.

So far in 2022, prosecutors in Multnomah County are prosecuting 46% of theft cases involving less than $1,000 in goods. That’s compared to an 84% prosecution rate in Clackamas County, and a 93% prosecution rate in Washington County for the same crimes, according to data provided by all three offices.

“We issue cases we can prove,” Schmidt told KGW. “That’s first and foremost and that is our focus.”

In addition to prosecution rates, Schmidt argues consideration should also be given to how many cases were referred by police, the strength of the evidence and outcome of those cases.

Schmidt explained that cases his office dismisses are often rejected because prosecutors don’t have the evidence they need.

“Frequently that means video. If there is video that exists and any sort of reports from the loss prevention officers — we need all of that information to come to our office so that we can issue those cases,” Schmidt said.

The situation is further complicated by the fact Portland police often lacks the resources to follow up on a theft investigation.

Property crimes like shoplifting are rarely solved by police, meaning the district attorney only has the opportunity to charge a fraction of the crimes committed.

The statistics do not identify shoplifting specifically, so it is difficult to parse out retail theft from cases unrelated to thefts from stores.

Critics complain that Schmidt has made Portland an attractive place to commit crimes such as shoplifting without fear of consequences, a notion he flatly rejects.

“There’s no policy against prosecuting any of these cases,” Schmidt said. “If we have the evidence we need, we’re launching these cases.”

Retailers admit theft often goes unreported. The shoplifting problem has become so bad, they don’t even bother calling the police.