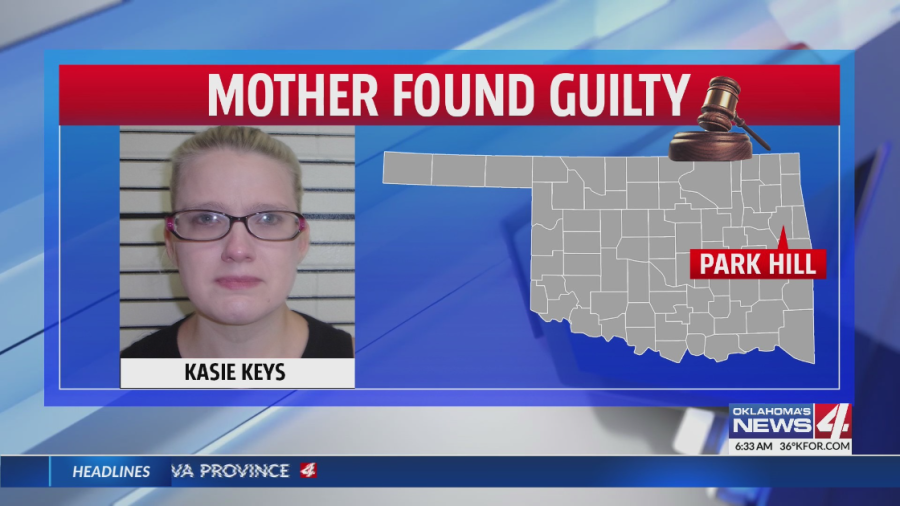 PARK HILL, Okla. (KFOR) – An Oklahoma mother has been found guilty of child abuse by a federal jury.

In 2019, Kasie Keys was arrested for child abuse after doctors sounded the alarm on the strange case.

Although Keys’ son was born healthy, she claimed that he began experiencing various medical issues.

According to the Stillwater News Press, he was put on a feeding tube, was on oxygen, and was in a wheelchair.

However, doctors say that the child’s condition improved when he was away from Keys.

The boy was eventually removed from Keys’ home and full custody was granted to his father. After that, officials say his medical conditions began to improve.

Prosecutors allege that Keys faked her son’s illness for years and collected money through fundraisers.

Keys was recently convicted on four of the charges against her.