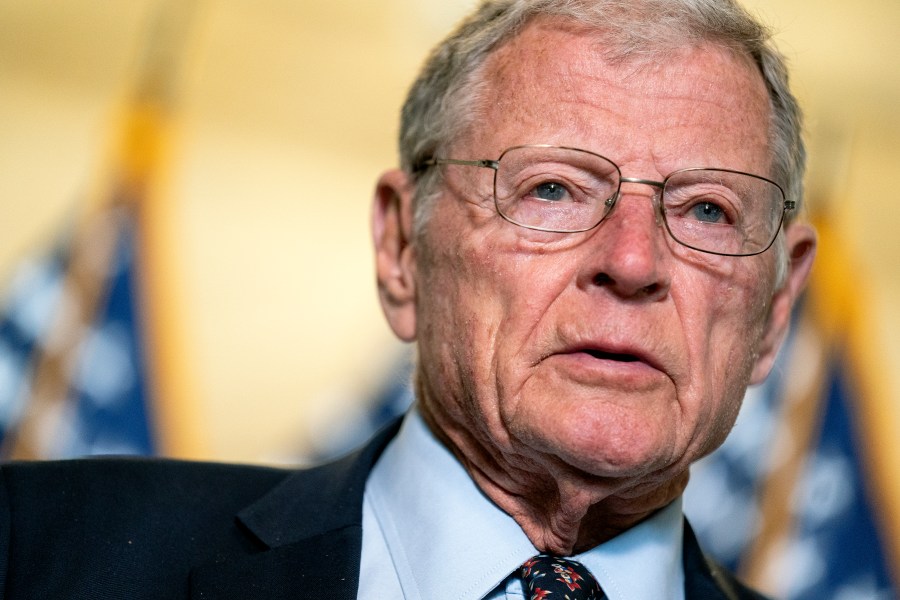 WASHINGTON D.C. (KFOR) – The senior U.S. Senator from Oklahoma gave an emotional and final goodbye to colleagues on the Senate floor on Wednesday.

“Thank you guys for all you’ve done all these years. And thank you for putting up with me. And to Kay, my best friend and rock, I can never put into words what you mean to me. So finally, I want to say to the people of Oklahoma, I really thank what you’ve done for me all these years, thank you very much. I love you guys,” said Inhofe.

Inhofe was a longtime member of the Armed Services Committee. He was also influential in infrastructure issues such as highways, airports, and oil and gas regulation.

He was elected to the seat in 1994. He did face criticism during his tenure, most famously when he brought a snowball to the senate floor to argue against the notion of global warming.

“For five decades Oklahoma has known no greater statesman and advocate. Senator Inhofe’s moral compass and unwavering devotion to public service has and will continue to benefit Oklahomans and all Americans for generations to come. While the fruits of Senator Inhofe’s labors are recognizable across Oklahoma and the United States, it will be Jim’s legacy and steadfast leadership that the Oklahoma Delegation will now be responsible to fill. And while it will be the 118th Congress that will miss Jim’s presence, fortunately for Oklahoma and the U.S. Senate Jim is serving with us through the end of this Congress where we’ll soon consider the James M. Inhofe National Defense Authorization Act

Inhofe has been an avid pilot and became the only member of Congress to fly a plane around the world when he recreated Wiley Post’s trip around the globe.

Prior to serving the people of Oklahoma in the U.S. Senate, Sen. Inhofe served in the U.S. House of Representatives, the Oklahoma House and Senate and as Mayor of Tulsa, Oklahoma.