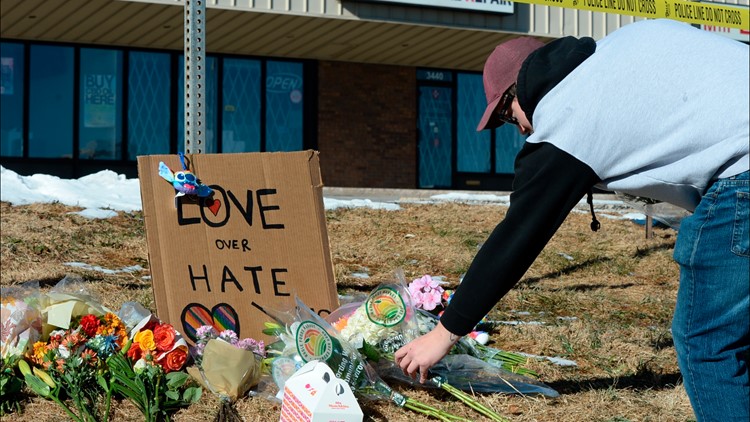 Politicians in Oregon took to social media to share condolences after a shooting in a Colorado Springs nightclub Saturday night left five people dead and 25 injured.

“Waking up to news of another mass shooting — let alone as an act of hate targeting the LGBTQ+ community — is maddening and devastating,” Brown wrote on Sunday. “It’s hard to find the words to address this kind of atrocity, but I’m grateful for the heroic patrons and first responders who stepped in to help.”

Waking up to news of another mass shooting — let alone as an act of hate targeting the LGBTQ+ community — is maddening and devastating.

Democratic Senator Jeff Merkley said that he was ‘heartbroken’ over news of the shooting and called on leaders to make changes.

“I’m heartbroken and angered, but driven to make changes that will save lives. Elected officials need to stop stoking hate and division,” Merkley wrote on Twitter.

I’m heartbroken and angered, but driven to make changes that will save lives. Elected officials need to stop stoking hate and division. https://t.co/VCPGOmojns

Democratic Senator Ron Wyden also reacted to the shooting on Twitter. He asked Americans to honor those killed and injured by denouncing hate against the LGBTQ+ community.

“In the face of yet another mass shooting targeting an LGBTQ+ club, the time is now for all Americans to honor the memories of those killed & injured in this attack by recommitting to stand with the LGBTQ+ community and to denounce bigotry & hate,” Wyden wrote.

Both Oregon House and Senate Democrats came out with a statement on Twitter addressing the tragic incident. As of Monday afternoon, no statement has come from the Oregon House or Senate Republicans.

RELATED: How to donate to victims of the Club Q shooting in Colorado Springs

There have been several high-profile mass shootings in Colorado including the 1999 massacre at Columbine High School, the 2012 Aurora movie theater shooting and the 2015 Planned Parenthood shooting.

Saturday’s shooting in Colorado took place a few hours before Transgender Day of Remembrance on Sunday. The attack reminded many of the 2016 mass shooting at the LGBTQIA+ Pulse nightclub in Orlando, Florida that killed 49 people and wounded 53 others in a targeted hate crime act.

Read more reactions from the following elected officials below:

601 mass shootings in the U.S. so far this year. The tally comes from the Gun Violence Archive, an independent data collection organization.

Thinking about our LGBTQ community in Colorado. https://t.co/H49OM3Nq91

I woke up on my birthday to this horrific story about a hateful attack on people just going out to a club. These victims could have been YOU, YOUR friends or YOUR family.

My heat goes out the victims, their families and the community this morning.#EndGunViolence #LGBTQ https://t.co/TGaRQSRWTm

Horrified and heartbroken for the families in Colorado and the entire LGTBQIA2S+ community at these hate-fueled murders and violence. Hate and violence don’t belong anywhere and especially not in safe spaces created specifically for folks who need it most. https://t.co/qqnnh55ZoI

We are once again devastated at the senseless gun violence resulting in the murders of 5 people and injuring 18 in Colorado Springs last night. We stand in solidarity with the LGBTQIA2S+ communities today on Transgender Day of Remembrance, and every day.