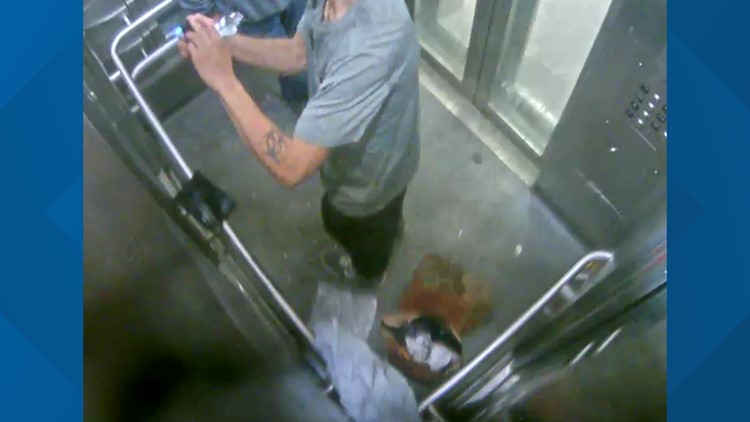 PORTLAND, Ore. — Police are asking for the public’s help to identify the suspect in a stabbing that took place Oct. 20 at the Hollywood Transit Center.

The incident happened at around midnight on the station platform. The suspect stabbed another person in the chest, causing serious physical injury, and then ran in an unknown direction, according to a news release from the Multnomah County Sheriff’s Office Transit Police Division.

The suspect is described as male, about 5-foot-10-inches tall and in his 20s. He has a tattoo of a “bio-hazard” symbol on the outside of his left forearm just below the elbow, police said.

He was wearing a gray beanie, green t-shirt, gray sweatpants and gray and white high-top shoes similar to Vans at the time of the incident, police said.

Police released several photos of the suspect that appear to have been captured by surveillance cameras at the station.

Anyone who recognizes the suspect is urged to contact the Transit Police Division at 503-962-7566 and reference case number 22-800751 or email Sgt. Lance Hemsworth at lance.hemsworth@portofportland.com.