Police: Oklahoma woman accused of defrauding customer of $43,000 may have more victims 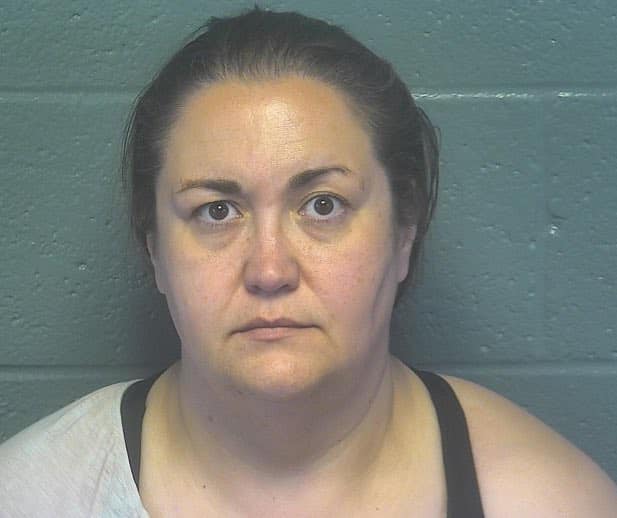 NICHOLS HILLLS, Okla. (KFOR) – The owner of a local company has been charged with stealing thousands of dollars from customers by fraudulently charging their credit cards, and police say there may be even more victims out there.

“If you’re not answering my calls, or responding to my texts, would I not come to your house?” asked Detective Brandon Ridgeway with the Nichols Hills Police Department (NHPD), to Amanda Baade on body camera footage.

“No. Not at 9 o’clock in the morning, beating on my door. That is unacceptable. Unless you’re there to arrest me. Absolutely not,” said Baade.

And earlier this month, police did arrest Amanda Baade.

Baade owns ‘Go to Girl & Co.’, which she touts as “Oklahoma’s premiere concierge service” that offers to do anything clients may need, like pet and house sitting, running errands, and cleaning services.

“There is no normal contract or normal fee schedule for what the services he used with her. So, the fees weren’t even supposed to come out at all,” said Ridgeway.

The detective said Baade blamed it on bookkeeping errors and promised to pay it back.

The detective said Baade originally claimed to have documentation saying she made payments to the victim for $16,000.

Then, an American Express Investigator called.

“He was able to explain to me that that documentation does not show that she had paid them back, just simply that the credit card company had requested that that those funds back and had denied payment on them,” said Ridgeway.

After multiple missed calls, texts, and meetings with the detective, Ridgeway went to her home. She wasn’t there, but moments later she texted the detective to call her.

Baade: “I am very upset and I will be contacting my attorney today.”

Then, the detective calls Baade back.

Detective: “I was going to give you my response so I can tell you where we’re at.”

“’I’ll be sure to pay you back.’ ‘I’m doing everything you said I was supposed to do.’ And then, she’s gone,” said Crowe, the owner of Atomic Marketing.

Crowe said she hired Baade two years ago, then started noticing charges on her card.

“And then she offered, instead of returning the money, just to keep it on account,” said Crowe. “Well, three weeks later, she charges me again for housekeeping.”

Crowe said she knows at least 20 other victims, but they’re not coming forward.

“A lot of them are very common names and they’re very, very embarrassed about this,” said Crowe.

“I think she is. And I think some of the people she associates with are. Yes, I do,” said Crowe.


3 sentenced for conspiracy to commit mail, wire fraud in OKC

KFOR called Baade and texted her several times with no response.

“Everybody loved her, and then she just imploded. You wonder how it happens,” said Crowe.

News 4 spoke with the Nichols Hills victim. They did not want to go on camera or release their name, however they told us they are in the process of being reimbursed by American Express.

Detective Ridgeway wants people who have hired Baade to look at their credit card statements as far back as you can. If you see any discrepancies, call police.