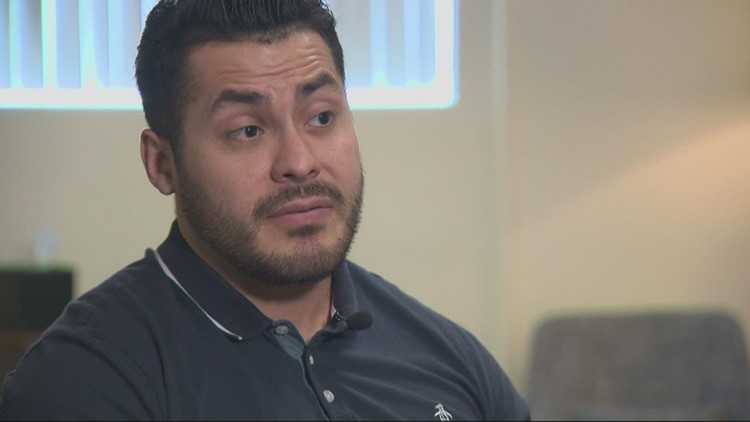 Oregon currently ranks as one of the worst states in the country for access to addiction treatment services.

PORTLAND, Ore. — A Portland outreach worker and his team are trying to close the city’s gap in addiction treatment services by opening a new recovery center. Some of the clients at Cielo Treatment Center were previously homeless, an experience that oftentimes goes hand in hand with addiction.

Oregon currently ranks as one of the worst states in the country for access to addiction treatment services, and the lack of detox and treatment centers is acutely felt in Portland.

“It breaks your heart. The window of willingness is so small, and somebody who wants the help and it’s not there for them, they might not get another opportunity to do that,” said Cielo co-founder Martin Camacho.

RELATED: ‘We don’t care about people’s lives’: Oregon last in nation for access to drug treatment

Camacho has been an outreach worker for years, getting people into treatment by meeting them where they are, including homeless camps.

“The biggest piece about it is finding a purpose in life,” he said.

Camacho helps people like 19-year-old Andrew Couch find hope and plan for the future. Wednesday marked Couch’s 25th day of sobriety. He said he’s been to his fair share of treatment centers over the years, but this time was different because he admitted himself.

“I started with weed freshman year of high school, and it just gradually got worse. I gradually started drinking a little bit,” he said. “I’ve done like almost every drug in the book. I just never got hooked onto them. I never felt like I wanted to do more, until I met fentanyl.”

RELATED: ‘You’ve got to assume it has fentanyl in it’: Fentanyl crisis claiming lives in Oregon and Washington

Nearly a month into the program at Cielo, he said he no longer craves drugs and is enjoying getting the help he needs.

“I’ve just been having a good time,” he said.

Couch is one of about 40 people in recovery at Cielo. The team of counselors help them work through trauma and find jobs and stable housing. Most of the clients are 18-25 years old. The center also partners with West Coast Sober Housing to offer clients a safe, drug-free place to live.

“I want to make a place where we are maximizing people’s potential, we’re helping them grow. That way they continue living a life of recovery,” said Camacho, who knows first-hand what it’s like to go through treatment centers. Many of the staff, like Camacho, have also struggled with addiction.

“I’ve been through so many detoxes and residentials, and I would get out and not know what to do next,” he said.

He’s hoping Cielo can be that next step for people in recovery in Portland, and he and the other founders plan to help more people through recovery as they grow their program.

“I was living on the streets, and I was shooting up dope on the streets so it’s kind of definitely a 360 turn,” said Samantha Salas, who now works as a peer mentor at Cielo. She’s been sober for 11 months, and helps others do the same. “I feel happy, content and hopeful.”