Rainier schools on lockdown after sighting of wanted felon 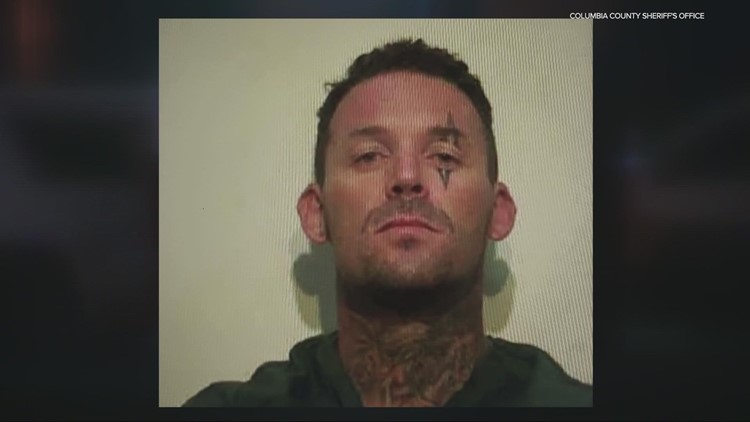 After a search Tuesday night failed to find Kevin Reynolds, 41, deputies set up another perimeter Wednesday near the school complex.

RAINIER, Ore. — Schools near the city of Rainier, Ore. were placed on lockdown Wednesday as law enforcement continued the search for an “armed and dangerous” felon that they began looking for on Tuesday.

During a flurry of police activity in the Rainier area Tuesday afternoon, the sheriff’s office revealed that multiple agencies were searching for 41-year-old Kevin James Reynolds, a wanted felon, around Heath Road and Old Rainier Road, just west of the city of Rainier and about two miles from schools.

“If you see him, please call 911,” CCSO said in a statement on Tuesday. “If you live in the area, please secure your home and stay inside.”

Though search efforts continued for six hours, Reynolds was not located. According to the Rainier School District, the search included K9 units, drones and SWAT teams.

Rainier School District superintendent Dr. Joseph Hattrick said that their schools would normally let out around 1 p.m. on Wednesdays. They were notified by the Columbia County Sheriff’s Office around 12:30 p.m. that they should keep the kids inside while deputies conducted a search near the schools.

Schools in the Rainier School District are on a single campus, so the lockdown applied to students at all levels.

Sheriff Brian Pixley told KGW that Reynolds had been seen in the area, and law enforcement agencies were again setting up a containment zone while using K9 units in an attempt to locate the suspect.

Dr. Hattrick said that the district will wait until they get an “all clear” from law enforcement before letting students leave school, and will begin by sending home students who take the bus. After that, parents can pick up students from the front door of their respective schools.