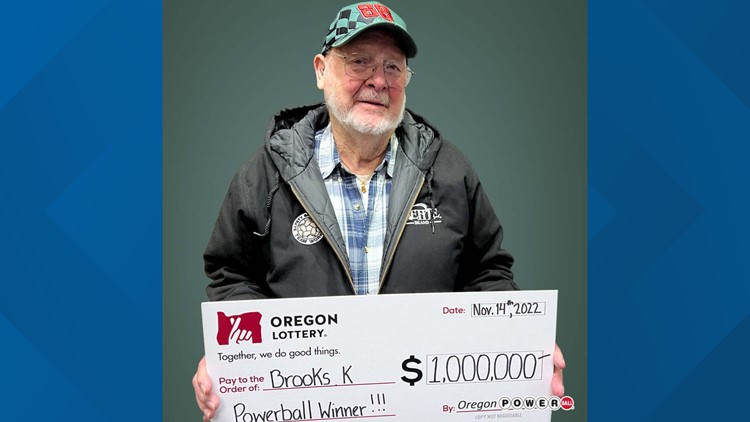 Brooks Keebey fell just one number short of winning last week’s $2 billion jackpot, but he was one of two Oregonians who walked away with $1 million.

One of them is Brooks Keebey, a retired fuel truck driver living in Salem, according to a news release from the Oregon Lottery.

Keebey, 82, bought $10 in Powerball tickets on a whim as the jackpot rose. One of those tickets, purchased Nov. 7 at the TNT Hollywood Tavern in Salem, turned out to be a match for all five numbers in the following day’s drawing, only missing the Powerball number.

Keebey found out he was a winner after he scanned the ticket at a local store and was told to see customer service.

He said he planned to use his winnings to pay property taxes and buy his wife a used Cadillac, and was happy to have the money for the remainder of his retirement.

RELATED: The lottery will keep making annuity payments to winners even after they die

When asked if he was disappointed not to have won the full jackpot, Keebey reportedly replied “I’m not greedy,” according to the news release.

Oregon is one of 44 states that participate in the Powerball jackpot. The largest prize won in the state was $340 million in 2005. Winners have up to one year to come forward and claim their prizes.

Another Oregon player in Portland won $1 million earlier this month during one of the previous Powerball drawings that failed to produce a full jackpot winner, leading up to last week’s $2 billon drawing.