RSV cases on the rise in Oregon, and we’re not even near the peak 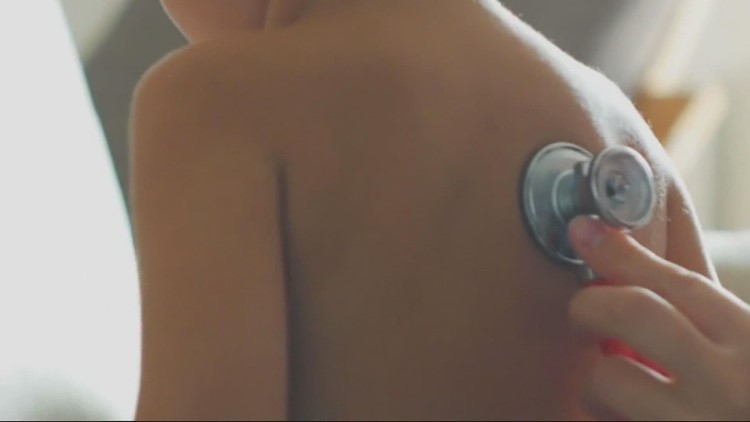 Hospital staff are getting overwhelmed by the rising cases of RSV.

OREGON, USA — Hospitals locally and across the country are now beginning to get overwhelmed by cases of RSV which stands for respiratory syncytial virus. Earlier this week Oregon’s governor declared a state of emergency because the number of people suffering from the respiratory virus is already high. What is really concerning, doctors say we’re not expected to see the peak for another couple of months.

The executive order allows hospitals to bring in volunteer nurses and doctors to help with care. RSV is spread by coughing, sneezing and looks like the common cold. Difficult breathing can get very serious in babies, kids and older adults. Legacy Randall Children’s Hospital is 100% full right now and nurses are pulling extra shifts just to keep up.

“We’re used to seeing RSV particularly in Oregon, usually in January and February and so we have historically seen numbers like this in the past before the pandemic, but this year we’re seeing it earlier than normal,” said Dr. Wendy Hassan, who’s the medical director at Randall’s pediatric intensive care unit.

Some area hospitals are being forced to tell patients they can’t do certain surgeries.

“With the influx of RSV they are having to cancel electives which we have seen through the pandemic with these starts and stops,” said Matt Calzia who’s the director of nursing practices and professional development with the Oregon Nurses Association.

Calzia also said that hospitals haven’t even seen the height of cases yet. He expects that the peak won’t come for another two months if not longer. He wants people to remember to be safe during this cold and flu season, especially as we head into the holiday season. Calzia wants people to remember to stay home if you’re sick and wear a mask, especially if you’re going to be around large crowds.