SDSU cheerleader Brianna DeMarais is on the mend 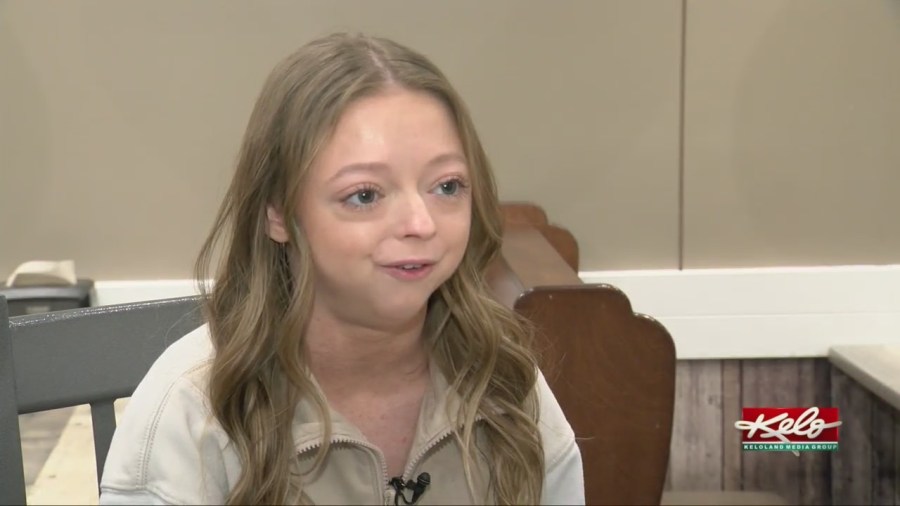 SIOUX FALLS, S.D. (KELO) — In early October, we introduced you to SDSU cheerleader Brianna DeMarais, who was days removed from having a portion of her right leg amputated due to blood clots and poor circulation. Today, the 19-year-old is on the mend and finding support from across the country.

Brianna DeMarais started fall on the sidelines at SDSU football games. Today, she’s learning to navigate life without part of her right leg.

“I’m adapting to all the new things like with my crutches and wheelchair, getting used to all the different new things,” 19-year-old Brianna DeMarais said.

She’s not one to back down from a challenge.


SDSU cheerleader on road to recovery after amputation

“We took her home and we haven’t taken that wheelchair out of the closet (laugh),” Brianna’s dad Bob DeMarais said.

Bob Demarais, says the support the entire family has received has done wonders for his daughter.

“I know Brianna is just overwhelmed but so appreciative and it just keeps her motivated,” Bob DeMarais said.

“I’m so grateful for everyone and it’s crazy how much support I have received and it’s just like, yeah,” Brianna DeMarais said.

Pizza Ranch on West 41st Street in Sioux Falls is hosting a fundraiser tonight with 10% of all sales and 100% of all donations going straight to the DeMarais family.

“Of the 100 fundraisers we’ve had this year, this one I think is going to be my favorite,” Pizza Ranch owner Todd Pharis said.

Todd Pharis owns the Pizza Ranch on West 41st Street. He’s also a close friend of the DeMarais family and a big fan of USD.


Spreading holiday cheer in a shoebox

“Even though we may be rivals, we sure care about each other and that’s what we want to show, and I did ask the USD people to wear red today because we’re going to have a lot of blue in here,” Pharis said.

Bob DeMarais says insurance will cover the cost of a prosthetic leg, but Brianna will require an athletic prosthetic to eventually resume cheer.

“We’re going to get her one regardless of what happens but it’s just something that really takes the pressure off us and allows her to really concentrate on getting better,” Bob DeMarais said.

And once she’s better…

“Get my prosthetic, get into cheer, yes,” Brianna DeMarais said.

Brianna’s oldest sister, Kristina, made the trip from North Carolina for Thursday’s fundraiser, which runs from 5:00 to 8:00 p.m. at Pizza Ranch on West 41st Street in Sioux Falls.