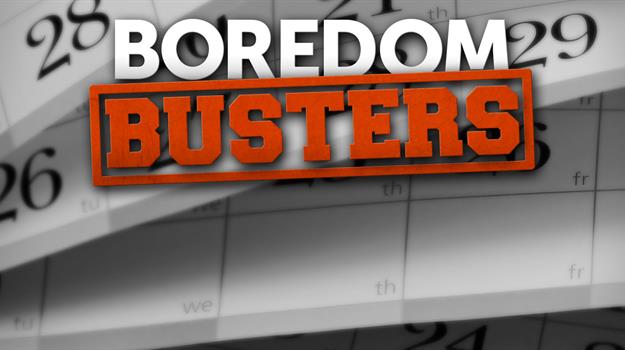 SIOUX FALLS, SD (KELO) — The Sioux Empire Brass is performing a Holiday Concert in Sioux Falls. The concert is at 4 p.m. at Westminster Presbyterian Church. Concert-goers are asked to make a free-will offering.

More than 50 vendors will be part of the Holiday Shopping Market in Brookings. You can purchase homemade crafts, repurposed items and home decor from 10 a.m. to 4 p.m. at the Brookings Inn & Convention Center.

Hundreds of the nation’s top artists and crafters are selling their hand-crafted creations at the Autumn Festival. It’s taking place at the Sioux Falls Convention Center from 10 a.m. to 5 p.m. A $30 gift certificate will be awarded each hour. Admission is $9, free for children under 10.

A Flea Market is taking place at the Crooks Community Center from 9 a.m. to 3 p.m. Admission is free.

Trains at Christmas is a model railroad show and swap meet taking place this weekend in the Expo Center of the W.H. Lyon Fairgrounds. There will also be doll house displays and presentations on the history of railroads in South Dakota. Today’s hours are 10 a.m. to 4 p.m. Admission is $7, free for children 12 and under.

VFW Post 628 is hosting an All-You-Can Eat Pancake Breakfast. Serving time is 8:30 a.m. to noon at the South Dakota Military Heritage Alliance. The cost is $7 for adults, $2 for children.

The Dakota Academy of Performing Arts presents The Sound of Music. The performance is at 2 p.m. at the Orpheum Theater in downtown Sioux Falls. Tickets are $15.

Guild Hall: An Adventure in the Arts is an exhibit at the Washington Pavilion featuring 50 of the country’s most celebrated artists. The exhibit in the Visual Arts Center showcases works by the likes of Andy Warhol, Jackson Pollock, Chuck Close, Willem de Kooning, Jasper Johns and Roy Lichtenstein. The works come from the permanent collection of Guild Hall in East Hampton, New York. Hours are 10 a.m. to 5 p.m.

It’s the opening weekend of Winter Wonderland at Falls Park. The park will be lit up with thousands of festive lights each night through January 8th. Admission is free.

SculptureWalk features 67 sculptures on display in downtown Sioux Falls and the Cathedral District. Be sure to check out this year’s People’s Choice Award sculpture called “Elk.” It’s located in front of the Carpenter Building at 221 S. Phillips Avenue.

Movies playing at the Wells Fargo CineDome at the Washington Pavilion include Dinosaurs of Antarctica, Train Time and Superpower Dogs.

New movie releases playing at a theater near you include Spirited, rated PG-13, plus She Said and The Menu, both rated R.

Enjoy a double-header of pro football action on KELOLAND TV. Coverage starts at 11 a.m. Central with The NFL Today. Then, the New York Jets take on the New England Patriots at noon. That’s followed by the Dallas Cowboys at the Minnesota Vikings at 3:25 p.m.