Tolling is coming, and ODOT is seeking public input 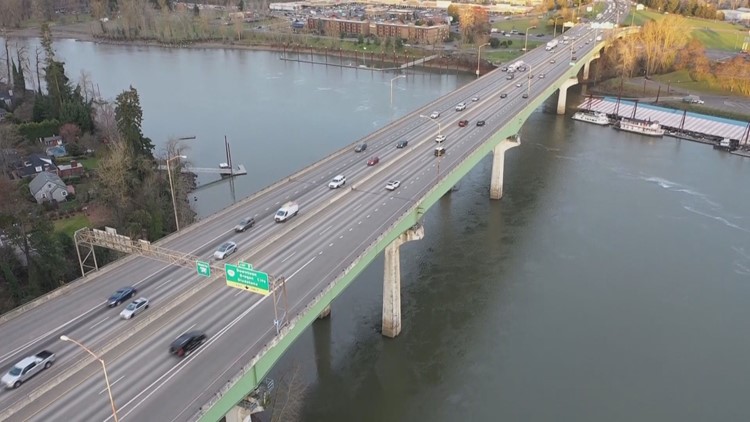 The Oregon Department of Transportation has already zeroed in on toll locations on the Abernethy and Tualatin River Bridges, but more need to be planned.

PORTLAND, Ore. — Tolling is coming, but the state wants to hear from you first. The Oregon Department of Transportation is asking for public input as it begins the process of choosing new toll locations along Interstate 205.

ODOT has already identified the Abernethy and Tualatin River Bridges as the first two locations for tolls. These are not old school tolls with booths or buckets for change. Instead, drivers will pass under a structure equipped with cameras to read a sticker on their windshield and automatically charge their account. If they don’t have one, it reads their license plate and sends them a bill in the mail.

The tolls will follow a congestion pricing model, meaning it will cost more to drive during peak traffic periods and less to drive during less congested times. While pricing is not officially set, $2 has been tossed around as the higher amount and $0.50 to $0.60 for the lower amount.

At news conference Friday, ODOT officials said they realize this might be expensive for some people, so rebates and discounts will be available.

“We know budgets are tight for a lot of folks right now and we’re committed to having a low income toll program and implementing tolling in a way that’s fair and equitable for Oregonians so there will be options for low income travelers,” said Mandy Putney of ODOT’s Urban Mobility Office.

Tolling on the Abernethy and Tualatin River Bridges is set to start in late 2024. ODOT is now beginning its work to identify other tolling locations elsewhere on I-205 and I-5. Oregon residents can weigh in here.