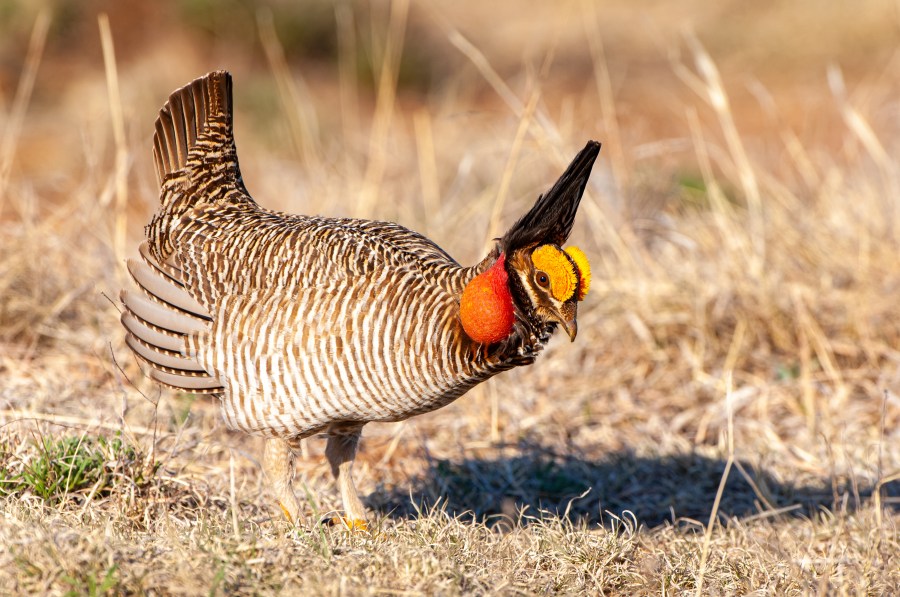 
‘I feel like the color has gotten a lot worse,’ El Reno city officials say recent fires to blame for more discolored water

USFWS officials say the lesser prairie-chicken serves as an important measure of the overall health of America’s grasslands as they need large, unfragmented parcels of intact native prairies to maintain self-sustaining populations.

“The lesser prairie-chicken’s decline is a sign our native grasslands and prairies are in peril. These habitats support a diversity of wildlife and are valued for water quality, climate resilience, grazing, hunting and recreation,” said USFWS Southwest Regional Director Amy Lueders. “The Service continues to work with stakeholders to develop voluntary conservation agreements that will protect the lesser prairie-chicken and the native grasslands on which it depends while assuring that oil and gas and renewable energy development, ranching, agriculture and other activities continue.”

While historical estimates suggest lesser prairie-chickens once numbered in the hundreds of thousands, or even millions, across nearly 100 million acres, populations have declined drastically due to habitat loss and fragmentation.

Officials say their decline reflects the larger decline in the vitality and resilience in shinnery oak, sand sagebrush and mixed- and short-grass prairie ecosystems.

📧 Have fresh headlines sent to your inbox! Subscribe to KFOR’s Morning Headline Newsletter →

According to the USFWS’s Species Status Assessment, habitat loss and fragmentation are expected to continue, resulting in continued declines across the species’ range even when accounting for ongoing and future conservation efforts.

“We have worked to ensure there are extensive options available for streamlined ESA compliance for all industries across the entire estimated occupied range of the lesser prairie-chicken,” said Lueders. “Moving forward, we welcome the opportunity to work with any other interested parties to develop additional options to fit their needs while providing regulatory certainty.”

The USFWS says the designation of critical habitat for the lesser prairie-chicken is prudent but not determinable at this time.