Uber Eats driver and son robbed of delivery, shot at in OKC 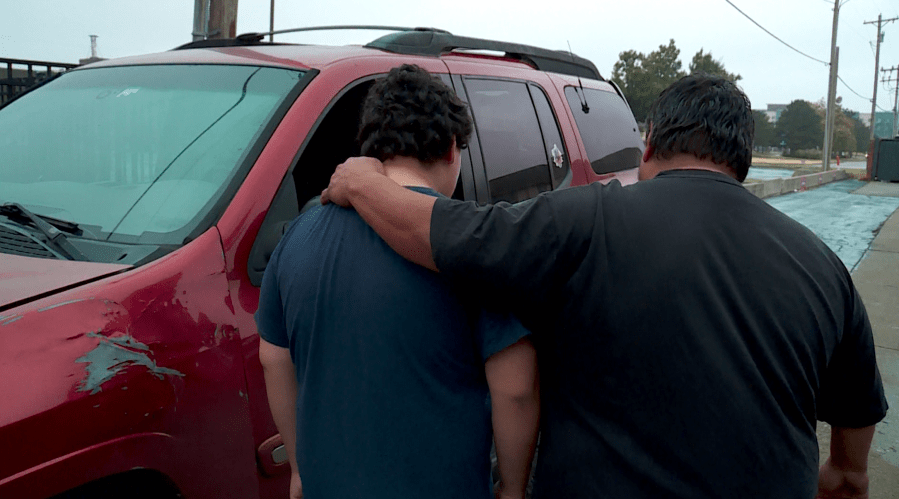 OKLAHOMA COUNTY, Okla. (KFOR) – Oklahoma City police want to find the person responsible for robbing an Uber Eats driver of his food delivery Tuesday night, then firing shots at the delivery driver’s SUV. Anthony Placker and his 12-year-old son were narrowly missed by the gunfire.

Placker said he had picked up a delivery from Golden Chick on NW 23rd and was taking food to a customer at an apartment complex off Prospect. He pulled into the parking lot when a man approached him and said the delivery was for him. Placker asked for the name on the order but the man did not give a name. As Placker was calling the customer, the man allegedly opened the door of the vehicle, grabbed the food, and took off in a silver car.

“It was crazy,” said Placker, recalling what happened during the incident. “I started to follow behind and we got the plate number and then they fired at us.”

Placker’s young son, Teegan, was in the passenger seat and witnessed the shooting.

“I just saw him stick his hand out the window and then I heard shots,” said Teegan. “I saw smoke coming out the gun.”

Placker said he heard two shots come from the car as they were driving behind it down a nearby street. The bullets narrowly missed his SUV. Placker immediately backed off and told his son to “get down.”

“My dad was telling me to get on the floorboard,” said Teegan. “I was so scared. I was calling 911.”

Placker said police arrived and he showed officers which direction the car traveled but no arrests were made. He also said he heard another gunshot, aimed toward his direction, while waiting on police to search the area. Police said they were unable to locate any shell casings.

The delivery driver has been working for the company for the last four months, using the money to pay bills and buy Christmas presents. He said he has never had any issues like this before.

“We’ve done over a thousand orders,” said Placker. “But this has never happened.”

He said he would have made around $16 from the delivery, nothing worth risking his life.

KFOR reached out to Uber corporate about the situation. It sent us this statement:

“What’s been reported by Mr. Placker is extremely terrifying, and we are grateful no one was injured. We have been in contact with him and hope police can quickly make an arrest.” – Uber spokesperson

Placker said he wanted other delivery drivers to be aware and be careful, especially this time of year. He filed a police report and said he intended to press charges, if an arrest was made.