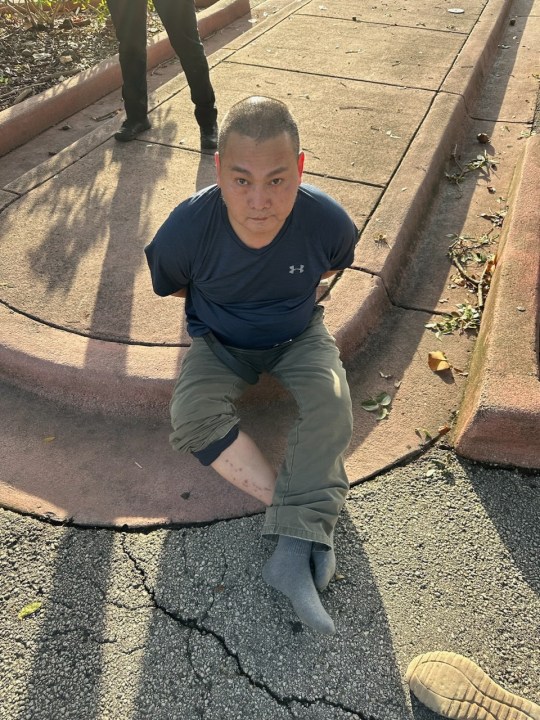 KINGFISHER COUNTY, Okla. (KFOR) – The Oklahoma State Bureau of Investigation says the four people killed Sunday near Hennessey were executed and the suspect is now in custody.

The Miami Beach, FL Police Department arrested Wu Chen (7/18/1977) on an OSBI arrest warrant after a car tag reader flagged the vehicle he was driving. He was arrested without incident and transported to the Miami-Dade County Detention Center.

Chen will face Murder and Shooting with Intent to Kill charges. He is awaiting extradition to Oklahoma.

The investigation is still underway in Kingfisher County after four people were found dead and another hurt following a violent attack at a marijuana grow farm.

He was inside that building for ‘a significant amount of time’ before executing several employees inside.

Three men and one woman – all Chinese Nationals – were shot execution-style. Another person, also Chinese, was shot multiple times and flown to OU Health.

Officials say next of kin notification is pending due to a language barrier.

***Photo of Chen following his arrest in Florida provided by the U.S. Marshals.