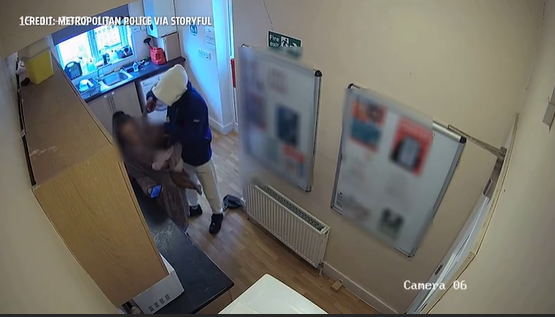 WANDSWORTH, England (KFOR/Storyful) – A home surveillance camera captured a robber breaking into a young mother’s house, then putting a large knife to her throat as she held her baby.

Metropolitan Police in southwest London said they were seeking two men seen in the video at the top of this story, after they knocked on the 22-year-old’s door, then forced themselves inside when she answered.

The men demanded money, but fled without taking anything.

“The young woman was terrified and it is imperative that we catch the men responsible,” said Det. Sgt. Cerith Jones. “The community will be appalled by this awful incident and I know many people will want to reach out and help us identify them.”

So far, no suspects have been named. The woman was not physically injured.