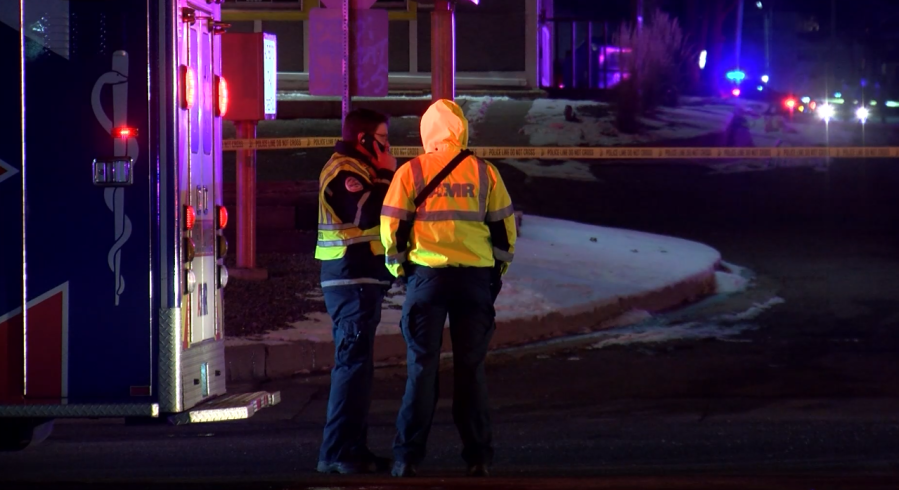 (COLORADO SPRINGS) — The Colorado Springs Police Department (CSPD) will host a news conference at 8 a.m. on Sunday, Nov. 20 after a deadly overnight shooting at Club Q off North Academy Boulevard in Colorado Springs.

FOX21 News will provide a live stream of the news conference in the video player above. CSPD will also be live streaming on its Facebook page.

Colorado Springs Mayor John Suthers and 4th Judicial District Attorney Michael Allen announced they will both be in attendance and speaking at the news conference along with Police.

According to CSPD Lt. Pamela Castro, the shooting happened late Saturday evening, Nov. 19 at Club Q, with the initial call coming in just before Midnight on Sunday.

While the investigation is in the initial stages, police said so far 18 people are injured and five others are dead. Several people have been transported to the hospital.

CSPD has apparently located one individual, who they believe to be the suspect, and is currently being treated at the hospital. Police said the FBI is also on the scene and assisting in the investigation.

A spokesperson for the Colorado Springs Fire department (CSFD) said that 34 firefighters were called and 11 ambulances; some of which had to transport two victims, sometimes three, at once. CSFD thanked AMR and multiple county agencies for their assistance.

Police are asking anyone with cell phone or dashcam video to please contact CSPD at (719) 444-7000. Police also ask that any additional witnesses, that were not interviewed by an officer also contact CSPD.