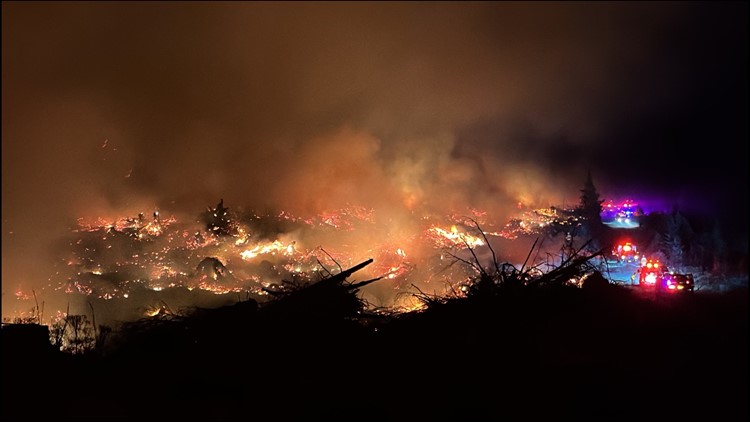 There are no evacuation orders in place, according to Seaside Fire & Rescue.

SEASIDE, Ore. — A wildfire started burning in Seaside on Thursday night near a region that experienced an east wind event, according to Seaside Fire & Rescue.

At around 7:41 p.m. SF&R responded to a report of a wildfire on Tillamook Head in Seaside. The active fire is approximately 2.8 miles south near the junction of Highway 101 and Highway 26.

Upon arrival to the scene fire crew encountered the fire had already burned approximately 20-acres. The fire was in freshly-cut timberlands owned by Greenwood Resources near Square Creek Quarry, according to fire officials.

No evacuations have been ordered at this time.

Gusty winds are pushing the flames westward toward the ocean. Fire crews are working on sustaining the fire and not letting it past the current containment lines.

Despite cool air temperatures and current containment, fire crews are expected to be out through the night, fire officials said.

No details on a cause or exact containment at this time.